A Lively Chat with Author, Lynda Fitzgerald with a Surprise at the End of the Chat 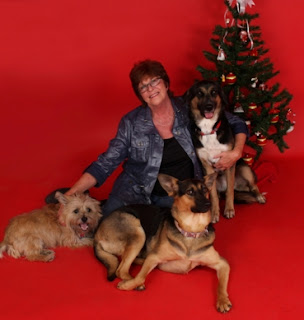 Lynda Fitzgerald has been writing all her life.  Thirty years passed from the writing of her first novel until her first book was released.  Now she has written ten novels, has three of the series written and a fourth due out late this year, with several more in the works.
Lynda is a native Floridian who now lives in Georgia, and both settings appear in her books.  She studied writing at both DeKalb College and Emory University.  She is a frequent speaker and teacher of creative writing.  She is a member of Mystery Writers of America, Sisters in Crime, the Florida Writers Association, and the Atlanta Writers Club.
Lynda, tell us about the genre of your work.
Well, let me start out by saying most people describe me a multi-genre author, which is a nice way to say I didn't know what a genre was until I'd finished writing my fourth novel.  I just wrote the stories that compelled me.  Therefore, my first book was tagged―by the publisher, not me―as romantic suspense. I was shocked.  I do not think of myself as a romance author.  I still think it should be classified as mainstream, but we authors have little say in these decisions. It was the same with my second book.  It is decidedly women's fiction, but I did not even know that was a genre when I wrote it.

When I wrote my third book, LIVE Ringer, I knew it was mystery.  I did not sit down and decide to write a mystery, but when my heroine stumbled on a body floating in the water, the story took a decided turn in that direction.  I had a ball writing that novel.  I never intended it to be a series, but when I got to that last page; I knew I was not through with these characters.
All my books have strong elements of women's fiction, but judging from the reviews of my male readers, not too strong.  Another element my books share is that they are all character-driven fiction, which means that the characters and their reactions to the world around them drive the plot, not the other way around.  To me, characters are everything.  Well, plots are good, too, but they are nothing without well-developed characters.
Will you continue to write mystery?
I will, at least for the time being.  Book two in the series, LIVE Ammo, will be released late this year.  Book three, LIVE in Person, is in the first draft stage, and I have the plots for three more in my head.
What are some of your books that have been published?

The first book, which is actually the third novel I wrote, is IF TRUTH BE TOLD (ISBN: 978-1-59141-56801), was released in 2007.  It is the story of a young woman who values truth above anything, but when her uncle dies suddenly and she suspects a family member may have killed him, she has to decide what's more important:  the naked truth, or family loyalty.  My main character, Christie O'Kelly, goes from age fourteen at the book's beginning to thirty years old when it ends.  Christie had such a strong personality that she wrenched the story away from me on about page 3 and did not hand back the reins until half way through. She will always be one of my favorite characters: precocious, feisty and independent.  The things she said just cracked me up.  It is set in Brevard County, Florida, what people call the Space Coast.

OF WORDS AND MUSIC (ISBN 978-1059414-776-0) is set in Atlanta, Georgia.  It is about the power of music to break through barriers and overcome generations of family hurt and misunderstanding.  The main character, Lilah, is a sixty-year-old grandmother who suddenly has her previously unknown teenage old granddaughter Bethany thrust on her when the girl's parents die.  Lilah agrees to take her, but only until other arrangements can be made.  Neither is happy with the situation.  When Lilah begins seeing herself through Bethany's eyes, she does not like what she sees, but she does not know how to change.  Bethany and music begin the process, but then information comes to light that threatens to destroy everything they have begun to build.
LIVE Ringer (ISBN: 978-1-59146-327-6), my first mystery, is also set in Brevard County.  Many of the characters are sheriff's deputies.  At the beginning, Allie Grainger, is just returning to Cape Canaveral to lick her post-divorce wounds.  Her favorite aunt has left her a paid for beach cottage and a couple of million dollars.  Before a day has passed, Allie stumbles on a body floating at the Cape Canaveral jetty.  When the body is identified, Allie is stunned; the woman looks enough like Allie to be her twin sister.  Then a string of like murders down the Florida coast is uncovered.  All the victims look like Allie.  She is pretty sure someone is stalking her, and she is afraid she might be the killer's next target.
There is a lot more about each and about the upcoming release, LIVE Ammo, on my website:  http://www.fitzgeraldwrites.com.
How do you come up with the names of places and characters in your books?
I know it sounds hokey, but my characters kind of name themselves.  I begin writing with an in-depth biography of each of my main characters.  Before I finish it, their names come to me.  Most of the places are real.  The residents of Brevard County and people who have visited there love reading my books because they are reading about places they have actually been.  I spend a lot of time down there checking out my facts and places.  Oh, and catching a few rays of sun. 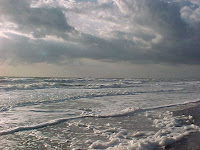 Melbourne Beach, is a bit of Old Florida, home to wildlife, annual sea turtles, and eventually, Allie Grainger.
Cape Canaveral is exploding with mid-rise condos.  Allie treasured her home there because of the isolation that is no more.  Now she hears construction noise instead of sea gulls, backhoes instead of the whisper of the surf.  When she starts looking for what she once had, she does not have far to go.  Thirty miles down the coast is Melbourne Beach, a strip of barrier island that clings stubbornly to the old ways. 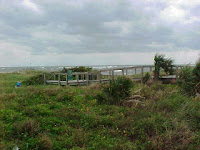 Sylvia, Thanks for having me on your blog. I hope your readers write in with their comments and questions. I love to hear from readers!

A wonderful interview with a wonderful writer who always takes the time to mentor other authors.