Prolific Published Author,Judy Alter, Announces the Release of a New Book, First in a Series

Prolific writer and published author, Judy Alter, was kind enough to share with us a preview of her book that is to be released the end of August.  I was very impressed by the volume and variety of her work. If you want to see how many books, check out her Author page on Amazon.  I am sure everyone will enjoy learning more about the author behind the books. 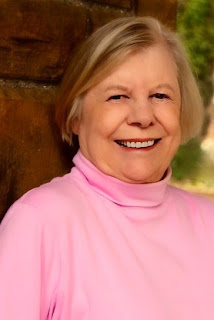 My current work is a cozy mystery, Skeleton in a Dead Space, and I plan to keep writing in that genre, but I suffer from a confused background. For years, I published fiction and nonfiction about women of the Old West for both adults and young adults. In some readers’ minds, I am forever pigeonholed as a young adult writer. In addition, I have done some food writing. Therefore, I have a record of accomplishment, but not in writing mysteries, which is where my career is headed these days.
I have always wanted to write mysteries because I have been a lifelong reader of them. There is nothing better than getting lost in a good story. I particularly like Julie Hyzy, Hank Phllippi Ryan, Carolyn Hart, Diana Mott Davidson, Julia Spencer-Fleming, and many others.
What are some of your books, stories that have been published?
My newest book, Skeleton in a Dead Space is scheduled for release on August 29. by Turquoise Morning Press. It is the first in a planned series.
Some of my other books that have been published are, Libbie, Jessie, and Cherokee Rose are biographical fiction about Elizabeth Custer, Jessie Benton Frémont, and Lucille Mulhall. These three books are out of print, but used copies can still be found on some used book sites, including Amazon.com. 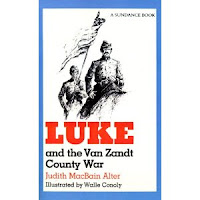 Mattie, the story of a pioneer woman physician on the late nineteenth-century Nebraska prairie, won a Spur Award from Western Writers of America and is available at
http://www.amazon.com/Mattie-ebook/). 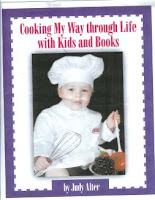 The second book is Great Texas Chefs, part of the Texas Small Books Series from TCU Pres (ISBN 978-0-87565-377-8) is available from University Publishing (ISBN: 1.800.826.8911), or Amazon.com http://www.amazon.com/Great-Texas-Chefs-Small-Books/.
How do you come up with the names of places and characters in your books?
Names of characters are hard for me. Sometimes a name just sounds right—I tend to like unusual names, like Ellsbeth or Theo for a girl, but my current mystery heroine was Kelly Jones and my mentor complained persistently that it was too plain, had no zing to it. So now, she is Kelly O’Connor and her ex-husband, instead of Tim Smith, is Tim Spencer. I gave him a chance, being of proper English descent, to be a bit demeaning about her Irish background. Places are easier. They are either historical or, in the forthcoming book, set in an area that I know well.
Judy, can you tell us more about your new book, Skeleton in a Dead Space, that is to be released soon?
I guess my favorite thing about my forthcoming book is the world created in it—I am delighted that I find myself lost in it, just as I do in the world of a good book by another author. I hope others feel the same way. Kelly and her girls seem so real to me.
The protagonist in Skeleton in a Dead Space is a single mother of two, so a large part of her experience is based on my own life as a single mother of four. I tried to give her distinguishing characteristics— she has a tendency to rush into things before thinking them through, a touch of self-deprecating humor, and a certain shyness about getting into the dating game again—although that police officer sure is attractive. I think her strong relationship with her daughters is one important characteristic.
There is no single recurring antagonist in this book, and Kelly does not find out who threatens her until almost the end of the book. She does tangle with some gang members who vandalize her property for reasons she does not understand until closing stages of the book, but she is more threatened by circumstances than any individual. That will change in the second book, which revolves around a serial killer targeting elderly women.
How do the different genres in which you write differ one from another?
Writing mystery differs from historical fiction is the need for a plot—history gives you the plot but in a mystery you have to think of the twists and turns, even though character carries the book.  I have heard that old saying that you should write a mystery backward—start with the end and plot how it happened. However, that approach would not work for me. One of my sons once said, “The reason Mom writes historical novels is that she’s so poor at plotting.” But this time I found the plot working itself out as I went along, and I think it’s pretty good—not brilliant, but solid craftsmanship. I guess I am a pantser.
Why and when did you begin writing?
I began writing short stories when I was ten or twelve, submitted to Seventeen in high school and actually published some health articles for the layperson while in graduate school. My first novel, After Pa Was Shot, a y/a, was published in 1978 by William Morrow & Co.
What is your writing schedule?
I try to work in the mornings, early afternoons, and evenings. I often take time out for lunch or supper with friends, and sometimes errands, meetings, and appointments intervene so I would not say it is a very regular writing schedule.
What projects are you working on now, or plan for the future?
I am currently writing a book on Texas Chili for Texas Tech University Press and hoping to get back to my second mystery, No Neighborhood for Old Women, which is in its second draft; thanks to a critique partner, I have some definite ideas about revision.
What “Made It” moments have you experienced in life?
Those who want to write mysteries should definitely join Sisters-in-Crime and the Guppies subgroup. I have learned so much from those groups. In addition, an aspiring writer should read lots of books similar to the kind you want to write. Get active on Facebook and Twitter—the latter has links to really helpful sites.
When I am not writing, I read, cook, visit with friends, and take care of my local grandson. I love visits from the faraway grandchildren, and I see them as often as I can.
What “Made It” moments have you experienced in life?
“Made it” moments in my personal life have been many and rewarding—vacations with all the family, weddings, etc. However, my biggest professional “Made It” moment came when I was presented the Western Writers of America’s Owen Wister Award for Lifetime Achievement.
Other “Made it” moments include winning the Spur Award from WWA, the Western Heritage (Wrangler) Award from the National Cowboy Museum, and having my mystery accepted enthusiastically by Turquoise Morning Press.
Posted by Thoughtful Reflections at 1:35 AM

I hear you on choosing names...I sit around and just chant out combinations until I find something that's right.

Can't wait to read Skeleton and LOVE the title of the second one.

All success to Judy. The mysteries sound very intriguing. I'll have to check them out. :)

Theresa, I hadn't thought of chanting but it's a good idea. Names are truly hard.
M Pax: thank you. Hope you like the mystery.