Like Paranormal Stories! Then You May Want to Get Aquainted with Jane Crammer and Her Book, Ancestors and Angels 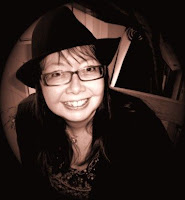 I am a forty-something mother of three grown up children, married to Mark for twenty-five years, born and bred in Yorkshire, England.  I have a great interest in the paranormal and afterlife and love to spend my time researching anything weird and wonderful. I write for several ezines, The Spirit Seekers, WakaWomen, News2Views  and have written a guest article for Moonlight Paranormal which is published by a ghost-hunting team of paranormal investigators.

When did you begin writing?

From the age of three, I declared that when I "grew up" I would write books. "Writing" for me back then was actually a succession of stories told in rudimentary pictures of stick people with no arms - but I have found over time my style has improved somewhat!

What tips would you offer beginning writers to help them?

Write down whatever comes to mind, in any order, whenever the inspiration strikes you - it can all be re-organized later, just do not lose the creative thread. Invest in a dictaphone; they are invaluable for talking your way through awkward passages. Most importantly, believe in yourself, find your own unique voice and style, and you will get there in the end.

Please share with us more about your latest book. ﻿﻿﻿﻿
﻿﻿

My book "Ancestors & Angels" is a true story of my family across several generations and their numerous encounters with the paranormal.  It begins with my great-great grandmother who literally came back to life on the mortuary slab, several hours after physically being pronounced dead. She declared she had seen the other side, and been allowed back for two weeks only to "put her affairs in order.” It comes up to the present day and my own strange experiences, and subsequent search for answers. I have included pictures of family members who are in the book.  The first picture is of Auntie Mary, followed by Elsie and then a picture of Olive.
﻿

Who published your books?

I set up an Independent Publishing Company as I decided life is too short to sit around sending off manuscripts endlessly to Traditional Publishers (not that I had tried). I wanted complete control over the book, how it looked, typeface etc. and I was fortunate in being related to some very talented people who helped me with the technical side of things.

What audience is your book geared towards?

Anyone with an interest in the afterlife, angels, spirits, ghosts, haunted houses, astral travel, the paranormal generally, or just an interesting tale of one family through several generations enduring numerous hardships and deprivations and pulling together as families do. It could be described as "Angela's Ashes" meets "The Twilight Zone.”

When it comes to social media do you prefer one platform over the others?

I am on Twitter, Facebook and LinkedIn. I find Facebook the best medium to properly interact with people though, and have built up some good relationships there. I am still finding my way around Linked In, and Twitter is a bit impersonal, more of a numbers game.

Where can people purchase your books?

Ancestors & Angels is currently for sale on Amazon.co.uk, Amazon.com, through Waterstones, Barnes & Noble, The Book Depository and several other outlets.

I am currently working on two further books.  One is Seasons out of Time about Soul Mates, Kindred Spirits, Akashic Records, Life Maps and Karma. The other book is Specters in the Mist is more tales of the paranormal, but looking in greater depth at different phenomena.

Before we go, could you tell the readers just a little about your home in Yorkshire, England.  Once again where we can find your book, or more about you and how readers can contact you. 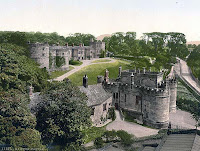