Seniorsleuth, Jean Henry Mead, certainly has the background to be a mystery/suspense novelist.  She has led an exciting and successful journey in the writing world.   If you have not discovered this author yet, here is your chance to do it.  I think you will be intrigued as you read about her experience in the world of writing and publishing. 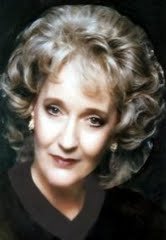 Jean Henry Mead is a mystery/suspense and western historical novelist. She is also an award-winning photojournalist. One of her fortes is interviewing writers, actors, politicians, artists and ordinary people who have accomplished extraordinary things. She began her writing career as a California news reporter/editor/photographer, first in Central California and later in San Diego. Mead later transferred to Casper, Wyoming, to serve as a staff writer for the statewide newspaper. While there, she served as editor of In Wyoming Magazine and two small presses. She also freelanced for other publications, both domestically and abroad, among them the Denver Post's Empire Magazine. Her first book was published in 1982. She has since published fourteen novels and nonfiction books.
Some more things I learned about the author by doing a little research:
Jean Henry Mead was born in the Hollywood district of Los Angeles. Years later she interviewed screenwriters and authors such as Elmore Leonard, Louis L'Amour, Rick Mofina, Carolyn Hart, John Gilstrap, A. B. Guthrie, Jr. and other bestselling novelists.  She began her writing career as a news and police reporter in California. Her award-winning articles have been published domestically as well as abroad and she served as a news, magazine and small press editor. She also established the Western Writers Hall of Fame.
Tell us about the genre of your work.
I write the Logan & Cafferty mystery/suspense series as well as historical westerns and the Hamilton Kids mystery series.
Why did you choose this genre?
I like reading mystery and suspense novels and I live in an area rich with western history. The children’s series came about because I have wanted to write a semi-autobiographical novel about my childhood for some time.
What are some of your books, stories that have been published?
I have written and published 14 books, both fiction and nonfiction. I am not a short story writer. 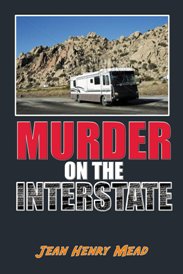 My most recent books (2008 and later) include:
Murder on the Interstate – New release!
Diary of Murder
A Village Shattered
Escape
A Wyoming Historical Novel; Mystery of Spider Mountain
Mysterious Writers and Westerners: Candid and Historic Interviews.
They are all still available on Amazon.com and other online outlets.
How do you come up with the names of places and characters in your books?
I use actual places that I am familiar with, and the characters names are those that I happen to like. I am working on my second historical novel.  I visited the locale and took pictures of the area, which makes the story come alive for me.
How did you develop the character of your protagonist in this book?
Murder on the Interstate is the third novel in my Logan & Cafferty mystery/suspense series, so I know the characters well by now. They are like old friends waiting for me to crank up my computer so that they can talk to me. The two main characters, Dana Logan and Sarah Cafferty, have evolved and put on flesh from the stick people I started with. They are 60-year-old feisty widows who travel in a motorhome solving murders.
What about an antagonist…is there a unique “bad guy” or a recurring nemesis of any kind?
Not really. My protagonists are traveling from state to state. After they dispatch one antagonist, they go on to another.  In Murder on the Interstate, they are not only dealing with a killer, they are kidnapped by a group of anarchists and terrorists.
What’s your favorite thing about your book?
My favorite thing is that I was able to incorporate my experience driving around Arizona in my motorhome listening to truck drivers on my CB radio. I lived long enough there that I know the terrain well, and did not have to go back to conduct further research.  I might also mention that my trucker jargon is accurate as well as humorous.
Why and when did you begin writing?
I wrote my first novel when I was nine and took chapters to school to read to my classmates, but I did not write and sell my first novel until 1999. However, I wrote articles for my high school newspaper and was editor-in-chief of my college campus paper while working as a cub reporter for my hometown daily.
What is your writing schedule?
I write everyday unless something out of the ordinary happens. Blogging and social networking take up an inordinate amount of time away from my novel writing but it’s necessary to promote your work online because most publishers no long do that for you. I usually blog and network in the mornings, and I write in the afternoons and sometimes in the evenings after dinner.
What projects are you working on now, or plan for the future?
I am currently working on my second historical novel, No Escape: The Sweetwater Tragedy. It is about a young woman and her husband who were hanged by the cattlemen who wanted their homestead land. They got off scot free because the witnesses died mysteriously or just disappeared. I was angry when I read about it while researching another book, and I have been researching it ever since.
I am also working on my second children’s mystery, The Ghost of Crimson Dawn, which also takes place in Wyoming. And sometime soon I need to start the fourth novel in my Logan & Cafferty mystery series.
What kind of advice or tips to you have for someone who wants to write (especially mystery)?
Place your manuscript in a drawer after you considered it finished and take it out a month later to read as though someone else has written it. Then edit and polish it again before sending it out. Also, don’t give up or let rejections depress you. The average novel takes about ten years to publish once you start writing.
Are there any other comments, advice or tips that you would give to beginning writers?
Read everything you can get your eyes on, no matter the genre or subject matter. Study the styles of successful writers to learn their techniques, just as fledging artists do with the old masters. Also, read unsuccessful writers to learn what NOT to do.
What do you do when you are not writing?
I take photographs, do a little art work, exercise, dance, social network, play with my beautiful Australian Shepherd, travel and ride four wheelers with my husband.
What “Made It” moments have you experienced in life?
When I realized that I am currently published by five publishers, and when Carolyn Hart recently wrote a blurb for my new release, Murder on the Interstate.
My website is: www.jeanhenrymead.com/

Great interview. Best of luck to Jean. Five published books is something to celebrate!

Thank you, Khashway. Actually, it's 14 published books and five publishers. I have a hard time keeping it straight, myself, but feel blessed to be published at all. :)

Thank you, Sylvia, for hosting me on your site. You're an excellent interviewer.

You have such an interesting background. I very much enjoyed reading your interview.

Thank you, Jacqueline. You certainly have an interesting background, yourself. :)

"Drawer-ing" the ms is great advice, Jean! I love the trucker aspect of your research--you must've learned so much!

It was quite an experience, Jenny, nd one I'll never forget.