Sebastion Cross, a New Novel, by Author Kevin Lynn Helmick is Packed with Adventure and Intrigue

What an intriguing visit I had with Kevin Helmick.  His latest book, Sebastian Cross, is one that my husband will definitely want to read.  He has a fast-paced ability at storytelling. 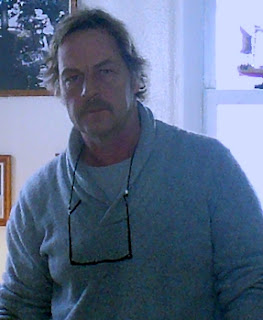 Kevin Lynn Helmick was born in Fort Madison IA in 1963, is the author of The Lost Creek Journal, a collection of poetry and 2 novels: Clovis Point, a modern thriller, and Sebastian Cross, a literary adventure. He now lives near Chicago IL.
Kevin Lynn Helmick began writing short stories and poetry in his early teens and gained small successes and notoriety throughout the eighties and early nineties. After a over decade long departure from any writing Helmick returned to the keyboard and produced a collection of selected poems and writings in 2009 and followed up with two novels in 2010.  His influences range from classic literature greats like Hemingway and Faulkner, to more contemporary writer like Cormac McCarthy and Larry McMurtry.
Tell us about the genre of your work.
I would say the genre of my writing leans toward literary adventure. I like thought provoking prose, exciting characters and action in my favorite books and writers, so that is what I try to do.
Why did you choose this genre?
It was not like a conscience choice. I write about things, people and places that interest me. I like to have a fast moving story with a lot of tension, lot going on. I like a lot of dialogue it brings the characters to life. Basically, it comes down to what I like to read.
What are some of your books, stories that have been published?
Well…I have self published everything I have written, except for a few small pieces here and there. My wife helps with editing my books, but I do all the writing, and the artwork. The Lost Creek Journal, Clovis Point, and my latest and best work to date, I think anyway, Sebastian Cross.
The Lost Creek journal came about as collection of poems and writing I have accumulated over the years, some as far back as my teens. I plan on re-writing it sometime in the future, get the cost down, it’s priced to high where it is and I want to publish it somewhere else, I don’t know if I will, but right now you can get it by a general search. 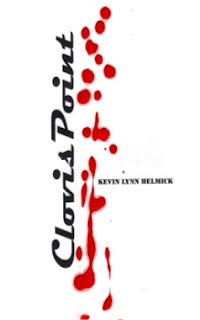 Clovis Point was intended to be a coming of story, loosely based on some of my own experiences, I had a bit of a first draft that looked that way, but when I started to actually write it, I changed the setting and just about everything else. It’s a story of 19 year old kid in Fallon Nevada, Ryan Sheppard, a part time ranch hand who is stuck in that depressing grey area between high school and life. He’s a little screwed up, mentally, probably  from the trauma of watching his bull riding father get killed in the ring as a child, I don’t get specific about it, it’s just implied, by his thoughts and actions, everyone else knows it but him. Anyway, he has visions, and circumstances happen that implicate him, His best friend Jim, finds a rare artifact on reservation land and winds up dead, staged suicide, And Shep is determined to find out what happened. There is a county sheriff that is a constant thorn. There’s a mysterious, shape shifting, Indian shaman that appears to be helping Sheppard, There’s a girlfriend from the better side of town with some serious issues, there’s killing, car chases, bank robbing, and unpredictable ending that’ll blow you away. It has all, make a great movie. It is at CreateSpace, Amazon books, kindle, and a few stores here and there. 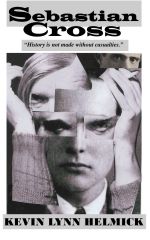 Posted by Thoughtful Reflections at 1:20 AM

Sebastian Cross is as unique a novel as I have ever come across, and it defies categorizing. The author challenges the reader every step of the way.

Thanks for having me Sylvia, and Thanks Paul. Impressive is good, I'll take that, and hope you enjoy the rest as well.

And thank you Rob, didn't see ya there until after I posted. In fact I have just packed your "Cold Edge" in my back pack to read on the train into the city tommorrow.