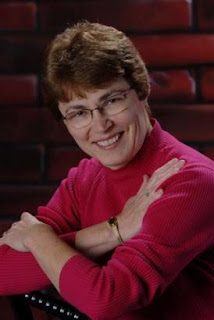 What people most need to know about me is that I write, read, and love mysteries. Formerly a high school educator, I began writing plays for my students but soon moved on to novels. I like the novel format because fiction so clearly reveals truth, if that makes sense. Although I read in nonfiction to keep myself honest, I find that fiction suits my writing style and my need to move a story along quickly to a satisfying conclusion.
Tell us about the genre of your work.
I write historical mysteries (the Simon & Elizabeth series), paranormal mysteries (the Dead Detective Mysteries), and stand-alones. I can’t see myself ever being tied to one series, because there are so many great stories that I want to tell. SHAKESPEARE’S BLOOD is more suspense than mystery, meaning it has a timeline shortened by imminent danger. It will someday have a sequel, since I found I like the protagonist enough to give her another shot. The idea is in my head (I’m thinking Dickens). It’s just a matter of having the time to write it down.
Why did you choose this genre?
I always read mysteries as a kid. I loved them all, from Gothic romances to hard-boiled John D. MacDonald types to Gypsy Rose Lee’s THE G-STRING MURDERS. What makes mystery so compelling for me is the combination of puzzle and story. I try to give my readers a good puzzle with plenty of clues so they can join the sleuth in trying to figure it out. Of course, any good book must also have characters readers care about along with action, setting, and style. It’s hard work to make a mystery come together, but when it does, it’s no longer “genre fiction”. It’s great writing.
What are some of your books, stories that have been published?
The historical series began with HER HIGHNESS’ FIRST MURDER in 2010, and will be followed in November by Poison, Your Grace. The paranormal series began in April of this year with THE DEAD DETECTIVE AGENCY and will continue with DEAD FOR THE MONEY. I wrote a Vietnam-era stand-alone GO HOME AND DIE, which was published in 2010, and now SHAKESPEARE’S BLOOD is available. If that sounds prolific, it’s because I’ve been writing for a while, but publishers are just beginning to notice.

HER HIGHNESS’ FIRST MURDER (Five Star ISBN 978-1-59414-842-2) can be found at tp://www.amazon.com/gp/product/1905091702/ref=tag_nof_ap_edpp (Also available for Kindle)
When headless corpses litter the streets of London, young Elizabeth Tudor joins with crippled Simon Maldon to discover who is killing beautiful women and leaving them dressed as nuns. If Henry VIII learns what his daughter is up to, there will be trouble, but Simon and Elizabeth find trouble enough when the murderer turns his attention to them.

THE DEAD DETECTIVE AGENCY (LL-Publishing ISBN 978-1905-091-70-6) can be found at http://www.amazon.com/gp/product/1905091702/ref=tag_nof_ap_edpp (Available for most e-readers)
Tori Van Camp wakes up on a luxurious cruise ship with no memory of how she got there. What she does recall is being shot point blank in the chest. In order to learn who wanted her dead and why, Tori joins with an odd detective named Seamus, who knows exactly what to do. They must act quickly, however, for two people Tori cares about are in…dare we say it? grave danger!

GO HOME AND DIE (Red Rose Publishing ISBN 978-1-60435-687-8) can be found at http://www.amazon.com/s/ref=nb_sb_noss?url=search-alias%3Ddigital-text&field-keywords=go+home+and+die (E-book format only)
Carrie Walsh is a ‘60s woman too prim for bra-burning, but when she witnesses a murder, she becomes interested in investigating the case. She joins with Jack Porter, recently returned Vietnam vet, to discover who killed his partner. But Carrie has no idea what kind of trouble she is stirring up—nor does she know that Jack brought home secrets from Vietnam that might cost Carrie her life.
SHAKESPEARE’S BLOOD (MysterEbook Publishing, E-book format only, see website for details) 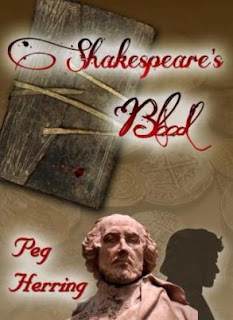 Thanks, Marilyn. Comments like that help me keep at work on Book #2!

Great interview, Peg. I loved reading about all your books and your methods. How interesting that you started out writing plays when you couldn't find an appropriate published script. I started that way, too--I was directing plays for our church and in those days once you'd done "The Robe" and "A Man Called Peter" you'd done the repertore.

Too funny! I wonder if you (like yours truly) wish you could go back and "fix" some of those early works. I suppose all authors have the same feeling about early works. Julie Hyzy and I were talking about it a while back at Printers' Row, that "Did I really write that?" feeling. Can't fix it; have to go on!

I love historical mysteries and these sound exceptionally interesting.

This interview did several things for me (though I don't suppose you had that kind of motive in writing it): it gave me hope for my own attempts; it made me champ at the proverbial bit to read some of your stories; and it made me wonder for the fiftieth time if I could ever manage a mystery--plotting is what I have the worst trouble with. I also much admire the way you express yourself. I read this at just the right time because I just finished the final corrections for a collection of short stories, and I really need something to do while I continue to struggle to find an agent for my third novel.

So this is to say, Delighted to meet you!