Multi-talented Dal Burns Shares his Story and His Work

Dal, can you give us a little background information on you the writer? 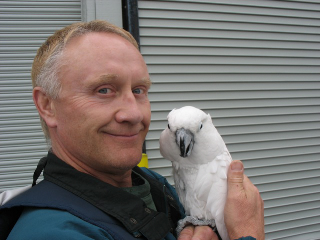 Born in the UK as a 4th generation entertainer. Spent some of my teen years in the Australian bush, mostly alone. Came to the US in 1979. I have had almost every job in the entertainment industry on several continents. I’ve also worked so many different jobs I have lost count. Though I do remember gravedigger, carnival worker, stunt man, actor, DJ, farmer, computer programmer, teacher, lecturer; the list seems endless. I wrote and acted in a one-man play for five years. This play was funded by Charles Schultz (Peanuts) and directed by Jon Provost (Lassie Show). I left entertainment and went to work for the City of San Francisco. I became the System Administrator for the new 911 system. I retired from that in 2006 and moved to Angwin, California. Now I write, help local theatre groups, run races, take part in Ride-and-Tie and Endurance races with my horse (A Peruvian Paso mare). I have really become interested in high-tech media and am looking to put my old work and new work into that arena.
Tell us about the genre of your work.
Stories. I love stories. Especially short stories. I write to entertain and educate. I use my life and the stories I have heard, to inform my work. I love younger audiences, though I find that my work often appeals to adults who love to listen to and read about the little adventures in my stories.
Why did you choose this genre?
I didn’t. It chose me. My life has been very adventurous and contains so many little stories. I love sharing those stories with others.
What are some of your books, stories that have been published?
The Adventures of Richard Diamond     A series of live radio plays (comedy), broadcast in the late 80’s 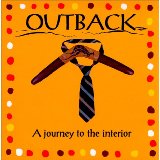 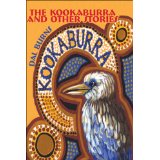 
What ages do you direct your books?
They seem to direct themselves. I find a story and I write it. The age group presents itself as I write. A simple story will appeal to the younger reader. A more complex story, such as The Hidden Path, which I will finish writing next year, will appeal to older girls. I thought Kookaburra was for kids between four and seven but I have had many adults hog the CD! Young teens have loved the stories as well. 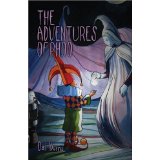 Phoo is a boy-jester in the court of King Alfresco the 147th, on the planet Mars.  Known as ‘Home’ to its inhabitants, this is a world where everything is done the same way, every day. Where ice-cube cake is the greatest treat and everything, absolutely everything is one shade of red or another.  A place where birds do math instead of singing and children don’t run or play. Bored with this life and dreaming of a new and amazing world, Phoo is granted a boon by the king and asks to be allowed to search for this new planet.  With a heavy heart, the king agrees and commands Professor Prunedip to assist.  An accidental meeting with the professor’s unusual assistant, Clunk, seals a new friendship for Phoo.  Clunk is a robot with one wheel, who is guided by instinct rather than logic and has a really bad sense of balance.  Phoo is given the captaincy of the Starbus, a coffee-powered spaceship and in the company of Clunk heads for his dream world, wherever it may be.


27 stunning illustrations fill this book for the four to seven-year old. Based on a 19th century parlor game, this book teaches about words and word associations. 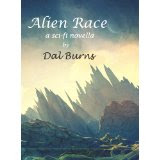 Davidson is an off-world archaeologist seeking the unattainable. Alien artifacts. His rival, Danis, is a mine boss who doesn't want any alien artifacts getting in the way of his mining operations of distant worlds. Between them, they scour new worlds looking for wealth and evidence of alien life, while their rivalry remains friendly; until Davidson finds something very interesting.


The story of a writer who travels to Chile to get away from a failed marriage. He chronicles daily life in Santiago, to a friend, through the use of short ‘stories’. Later, he travels to Patagonia seeking death and through a series of adventures, he finds life, instead.
Do your books have a teaching objective?  If so, what is it?
In a sense, yes. My stories point out that being kind, adventurous, brave, thoughtful and open to learning are qualities that help my characters through many difficult times. My stories often tell of the resilience of the human spirit in the face of terrible odds. The hero’s journey often runs as a thread under the main narrative.
How do you come up with the names of places and characters in your books? 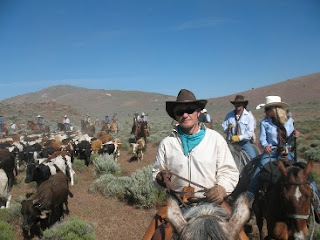 Most of the places I write about exist. I know this because I have been there. From the glaciers of Patagonia to the deep bush of Australia, I have trodden places where most people will never go.  In the case of places I cannot go, I use what I have learned from years of reading, traveling and listening to others to inform my use of place.


Names are harder for me. Usually, I will start with ‘working’ name and the characters themselves will suggest alternatives, when they begin to speak to me.
How did you develop the character/s of your in each of your books (If you have more than one)?
My characters stem from the story. Place is often where I start and many of my characters are based on an amalgam of one or more people who exist or have existed. I sometimes put bits of my own persona into a character if those pieces fit well into the jigsaw puzzle my characters generally start out as.
Is there a unique character or a recurring character if you have more than one published or to be published book?


The one character than recurs is the hero. The hero is almost always on a journey: Often a physical one; always an emotional or spiritual one. The hero’s journey is an endless adventure and it take so many twists and turns that my characters can all explore different avenues of that journey, as the hero-with-no-name.
What is your favorite thing about your book/s?
Watching them come to life. Feeling the characters take on their own life, apart from me.
Is your book illustrated?  If so, would you tell us by whom, and if you worked with an illustrator, can you discuss that experience?
The book, The Neighbor’s Cat is being illustrated by SonaJacob. They have a web site by that name. Jacob is an amazing artist and he really grabs the concept that my co-author, Kari Wishingrad and I are reaching for. I have three other illustrators to consider using for the next illustrated children’s book.
The artwork for Outback and Kookaburra is all original and taken from oil and watercolor paintings created by an artist friend of mine.
The Adventures of Phoo came from artwork. A friend showed me a short series of paintings she had made and asked me to write a story around them. One of those paintings forms the front cover for Phoo. That’s a story in and of itself!
How is writing in the genre you write, different than other genre?
I suppose the best answer to that is that I tell stories. I’m not so much an author as I am a storyteller and children are the most amenable of any group, to having stories told to them.


Are there any problems in getting children’s’ books published?
Publishing is difficult. Fighting through the rejection letters is hard enough. Getting to an agent is hard. The rapidly changing face of publishing also adds to the general confusion about how and where to publish, let alone in what media.
Why and when did you begin writing?
I wrote my first piece at seventeen. It was for a local competition. I wrote a short story about the beach and lighthouse in the town where I lived. I won some sort of prize or other.
What is your writing schedule?
Whenever I can sit and think or sit and write, I do it. That may mean late at night or early in the morning.
What projects are you working on now, or plan for the future?
The Neighbor’s Cat is almost done.
Letters from Chile I am working on right now.
The Hidden Path is a story I have had around for years. I will get back to it when Letters is completed.
I also have a rough outline of a two-horse story to be written as I get to it.
Finally, I have a new idea for an illustrated children’s book, 4 to 7 age group.
What kind of advice or tips to you have for someone who wants to write and get published?
1 – Get out and see the world. Go teach English in several foreign lands. Experience as much of life as you possibly can. Make mistakes. Get into scrapes. Always say yes to crazy schemes and adventures. Record everything.
2 – Write about what fires up your soul. Be passionate or don’t bother at all.
3 – Write short stories for yourself and friends. Make yourself write complete stories in under 1000 words and then edit them down to 500. Learn to be your own harshest and wisest critic and editor.
Are there any other comments, advice or tips that you would give to beginning writers?
Ignore whatever people tell you about your writing. Only you truly know whether it is good or not.
What do you do when you are not writing?
I run the trails around my town.
I ride my horse around the trails. 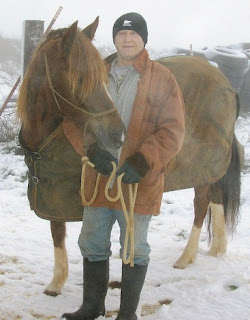 I take part in foot races, horse endurance races and ride-and-tie competitions.
I ride my motorcycle or my bicycle.
I read all the time. I stay up with current events.
I’m learning music theory and how to play guitar.
I work on fixing up my old truck.
I tend to my flock of domestic geese, ducks and hens.


Anything else you would like to add?
Probably way too much, so I’ll stop now!

What “Made It” moments have you experienced in life?
So many. I could list so many failures and so many successes that have brought me to this point in my life.
Want to know more about Dal?  You can visit these links:
Twitter @dalburns
http://dalburnswrites.com
http://dramaworksinc.com
Facebook and LinkedIn under Dal Burns


You can visit my other blog at: http://love-faith-and-guts.blogspot.com/ that features a preview to my new book that will be released in 2012, Traveling a Rocky Road with Love, Faith and Guts.

I'm posting here to let visitors know that Mr. Dal Burns has passed away, June 6, from a fierce battle with cancer. He's survived by his wife, Peggy, and his apprentice Stephanie, and thousands of friends around the world.

He's on his walkabout now.