Talking with Doug Simpson, His Book, Soul Awakening, and his connection to Edgar Cayce 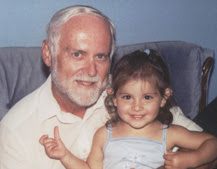 Doug Simpson is a retired high school teacher who has turned his talents to writing. His first novel, a spiritual mystery titled Soul Awakening, was published in the United States in October of 2011, by Book Locker. Check it out at http://booklocker.com/books/5754.html . It is available in print and eBook format through most book stores. His magazine and website articles have been published in 2010 and 2011 in Australia, Canada, France, India, the United Kingdom, and the United States. His website is at http://dousimp.mnsi.net.

Tell us about the genre of your work.
All of my writing to date would be considered to be in the field of Spirituality, more specifically in the area of reincarnation, the discovery of past lifetimes, and the survival of souls after death.
Why did you choose this genre?
Some thirty years ago, my wife introduced me to one of America’s almost-lost miracle-men. His name was Edgar Cayce. He is regarded by many scholars in the field as the legendary American mystic. Edgar gave over fifteen thousand psychic readings in a self-induced, trance-like state. His trance state was so deep that, in the early days of his amazing medical readings, a group of doubting Doctors performed their own sadistic experiments on him to prove he was duping his clients. One Doctor took his pocketknife and slid it fully under one of Edgar’s fingernails. He never reacted and there was no blood. Another sadist poked a hatpin right through Edgar’s cheek. He never reacted, but there may have been a drop of blood. But, when Edgar came out of his trance state, all hell broke loose!
Throughout some forty years Edgar gave over ten thousand medical readings for people, some of which Edgar never met and who were a thousand or more miles away at the time of the reading. On occasion, in his deep trance state, Edgar prescribed remedies and prescriptions that had not yet been invented.
As amazing as the medical readings were, it was Edgar’s life or reincarnation readings that seized my attention.  Some two thousand real people requested approximately twenty-five hundred life readings where they were given information on a few of their previous incarnations that were significant in understanding the purpose for their souls selecting the particular bodies they resided in in their current lifetime. Reincarnated souls that appeared in Edgar’s readings included the souls of Mary Magdalene, Thomas Jefferson and Martha Washington, to name just a few. After that, I was hooked.
What are some of your books, stories that have been published?
I started out writing articles using the archived readings of Edgar Cayce, in January of 2010. To date, I have had published over twenty articles in magazines and on websites in Australia, Canada, France, India, the United Kingdom and the United States. A few of my favorites are The Reincarnation Of Mary Magdalene, The Story Of The Souls Of Jesus The Christ And Edgar Cayce In Palestine, Jesus’ Secret Healing, and A True Believer Meets His Angel. I do not post my articles on my website. Instead, I refer visitors to my site to the websites and magazines where the articles are published. That experience can become quite an adventure. If you are interested, please visit me at http://dousimp.mnsi.net.
My experience and success writing the articles gave me the confidence to attempt another novel. For forty years I had tried at various times to write a first novel and either never finished it or felt it was subpar. After the articles, I was ready. I was actually shocked at how effortlessly the thoughts flowed.

Soul Awakening is a spiritual mystery delving into past lifetimes, reincarnation, survival of the soul after death, messages from God, spirit communication, past-life recall, and soul attraction, which is the reincarnation of groups of souls together in more than one lifetime. Basically, the important people in your life today were probably all incarnated with you in previous lifetimes. Soul Awakening is available in print and eBook format through the publisher at http://booklocker.com/books/5754.html, and through most bookstores around the world. ISBN-10: 161434518X     ISBN-13: 978-1614345183.


Believe it or not, they pop into my head as needed. I am pretty much convinced that I am receiving guidance from the-other-side.


Another believe it or not! I basically never planned this story. Situations and events occurred in some chapters which I had never dreamed of. That is why I believe I am receiving guidance. I write the words but ideas I never thought of beforehand flow out of my fingers.


What’s your favorite thing about your book?
My favorite thing about the book has to be the surprises. Often the reader will not be able to imagine what will happen on the next page. No peeking!
How is writing in the genre you write, different than other genre?
My extensive research into the area of reincarnation made the writing of Soul Awakening pretty easy. The problems I encountered writing the earlier novels was, I believe, due to my lack of expertise in the required areas.
What is your writing schedule?
It is much easier for me, as a retiree, to find time to write, so I write anytime I get the urge and I am not too tired.
What projects are you working on now, or plan for the future?
I already have Book II and Book III in the Soul series completed, except for the final proofing. I have started Book IV.
What kind of advice or tips to you have for someone who wants to write and get published?
Because Soul Awakening is my first novel, I do not believe that I am in a position to give advice and will leave that right to the more-experienced authors.
Are there any other comments, advice or tips that you would give to beginning writers?
Follow your dream. It took me forty years to finally produce a manuscript worth publishing, and today I’m glad I never gave up.
What do you do when you are not writing?
We spend a fair amount of time babysitting out two youngest grandchildren.  We feel privileged to have the opportunity to share this quality time in their lives.
What “Made It” moments have you experienced in life?
Enlightenment! When we realized that humans do not just live and then die and it’s all over, we are blessed with a whole new perspective on why we are her. Our souls are apparently incarnating over and over in an educational pursuit to become God-Like again, just like they were before God Created man. Yes, I said Created. The Edgar Cayce readings offer an enormous amount of information on God’s miracles.

You can visit my other blog at: http://love-faith-and-guts.blogspot.com/ that features a preview to my new book that will be released in 2012, Traveling a Rocky Road with Love, Faith and Guts.

Very interesting interview. My brother and I have read a great deal on Edgar Cayce over the past 4 decades. His works have changed the way I view life and the world around me.