Visiting with Comedian, Author, Brian T. Shirley and His Books, Make Love Not Warts, and Four Score and Seven Beers Ago 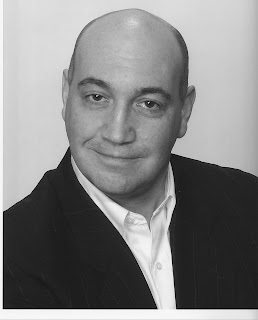 My name is Brian T Shirley. I've been a stand-up comedian for nearly twenty years. I've written jokes, words of wisdom, short stories, and sketch comedy since I was about 14. I had a column in my high school newspaper for two years. I wrote sketches for x-Xmas parties and squad functions when I was in the Air force. I started writing and performing stand up in a comedy workshop in Charleston, SC  in the early 1990's. Since then not only have I written and continue to write my own show material, I also received writing credit for an independent movie called " After Hours", I've helped and received credit for helping other comedians write, I've published two comedy books and I have several short stories on my web site of which some will be part of an online publication with several other authors.


I love writing comedy. I've always had a knack for making people laugh and it has always begun with writing for me. I also love to perform comedy, but the act would not be truly mine without my weird sense of humor, which is where the writing comes into play. When I write a story, joke, proverb, poem or sketch and hand it to someone to read, seeing them laugh is the best feeling on earth. Writing comedy is always a challenge because you don't know if it works until you perform it or see someone read it.


What books, stories do you have published? 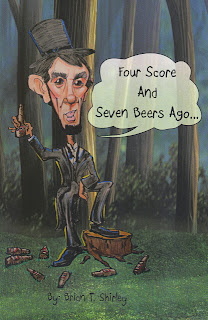 I have two comedy books out there. Make Love Not Warts, and Four Score and Seven Beers Ago.  Both books are a series of old proverbs I've taken and twisted around. They also contain original sayings I've come up with along with some insults.


The second book is different in that it contains some popular song titles turned into comedic sentences and it has a small poem at the end. Both books are available for e book downloads and at  barnesandnnoble.com, booksamillion.com and  www.amazon.com. Readers may also go to my web site for a signed copy at http;//www.briantshirley.webs.com. I have several short stories that will soon be in an online publication along with several different authors. The stories are about real life events I gone through both in and outside the world of comedy.


What is your favorite thing about the books?


I like the fact that people will not read the books just once. They can read them once, then come back again and again to laugh at their favorite lines.


I like writing comedy because I love to make people laugh. I think it differs from other genres in that comedy doesn't spark an emotion such as fear, sadness or love. It has an almost physical reaction in that you make a person smile, laugh, or maybe even move around if they laugh hard enough.


I began writing comedy in my early teens. I also tried to write sci/fi and horror, but comedy seemed to be more natural for me. I love to see someone reading and laughing at something I wrote, that is the big WHY behind why I write.


I don't have a set schedule, which is not a good thing. I travel a lot and sometimes, just like now, I'm in and out of hotel rooms several times a week. I write in the car, at there hotel, and at home.


What projects are you working on now or in the future?

I'm writing the third book in my Make Love Not Warts trilogy. I'm also writing some sketch comedy, which may become a sitcom. I'm always writing and rewriting my show. I may work on a horror novel at some point in the future.


What tips can you give to others about writing and publishing?


I always think people should write what they are very passionate about, it's a long process and can be very frustrating. If you are going to write, make sure it's a story you would love to read. Write for yourself first, you can find your readership later. That's how I feel. If you have the time to shop your book around, do it. The bottom line is that if you believe in what you've written, make sure it's published, traditional or otherwise. Also, publishing a book is just the beginning, you still have a lot of work to do.


What do you do if you are not writing?


What " Made it' moments have you had in life? 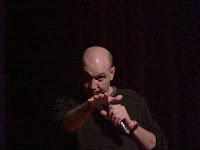 With performing I've worked with Jimmy"JJ" Walker, Brian Reagan, Tim Wilson and Huey Lewis and the News. I've acted and had writing credits in the same independent movie " After Hours". I've worked at The Atlantis Resort on Paradise Island in the Bahamas. My first book,  Make Love Not Warts can be checked out from the library at The Atlantis Resort. I'm really excited that both my books are available worldwide on most major retailor web sites. I'm currently on tour headlining several casinos all throughout the mid west, and I have both books with me. The biggest "Made it" moment I've had is bringing a smile to someone's face! That's always the best!


You can visit my other blog at: http://love-faith-and-guts.blogspot.com/ that features a preview to my new book, Traveling a Rocky Road with Love, Faith and Guts.