Debra, tell us a little about yourself and what inspires your writing. 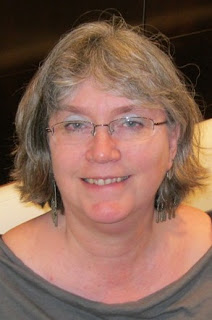 I am a former Chicagoan who spent eight years volunteering with homeless on the streets of both Chicago and Seattle.  In addition to being the author of suspense novel Painted Black, I am a freelance writer and the author of several published short stories.  I am currently working on a second novel in the Jo Sullivan series which reflects the reality of throw away youth striving to survive.
After spending my whole life in small town , I moved to big, gritty .   I was drawn there by a need to do something that would make a difference in the world.  A recent battle with cancer and exposure to the struggles of a small church I visited on the south side of the city had given me the courage to move out of my comfort zone.
My years spent volunteering with the homeless has changed my world far more than I probably did theirs. I developed a real appreciation for the people I met there, especially the kids.  They’ve been kicked in the face, cursed and, worst of all, ignored and yet they continue to fight to survive, to thrive.
I live in now and support myself as a freelance writer.  But I am still channeling the lessons I learned on the streets of .  I am surrounded here by mountains and ocean and emerald green trees.  But until the human element can find a way to treat themselves and each other with respect and understanding, I still feel a need to try to make a difference in the world.
Tell us about the genre of your work.
Painted Black is a suspense novel, but because it's so character driven, it doesn't fit neatly into a genre niche.  It's not a mystery in the sense that I start with a crime and the story is about figuring how who did it.  The mystery is actually more figuring out if there has been a crime committed, or rather, which crime?  kid is missing and as they try to find her, more suspicious questions crop up that need to be answered also.
Why did you choose this genre?
While I read a wide variety of books myself (my favorite all time author is historical novelist Dorothy Dunnett) mystery/suspense has always been my favorite.  It started with the Bobbsey Twins and Hardy Boy books when I was a kid and continues through Stephen King and Dean Koontz, et al.  My favorite authors always have a certain something that makes them rise above the genre, however.  Straight whodunnit's were never as interesting to me as something that got me into the mind of the character as much or more than the actual plotline.
What are some of your books, stories that have been published?
Painted Black is my first published novel, but I have had several short stories published in print and online publications.  One of them, Red Light, Green Light, is actually a story that arose out of one of the main characters of Painted Black.  I also had three short mysteries published.  They are my Evelyn A. Archer stories which I call my cynical bitch mini-mysteries.  An essay about one of the street youth I knew in is being published in the February issue of Ascent Aspirations.
Give a short description of your book and where we may find it. 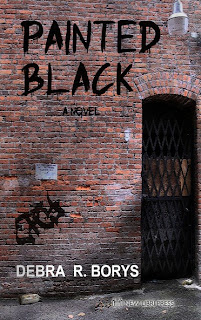 Painted Black is a suspense novel that twists the reality of 's homeless community with murder, corporate greed, and a bizarre collection of freeze-dried corpses. (Kindle edition ASIN: B006QYPCPC ) Barnes & Noble (epub) edition: BN ID: 2940013794818)
A homeless man in a glass coffin, that's all Jo Sullivan was looking for, some new material for her column in Winds of Change, a weekly rag willing to dust the dirt off the seamier side of Chicago.  But after she nearly turns a street kid into a hood ornament, the tip dropped by a fifteen year old prostitute starts to look more like a front page two inch headline.  When the young girl disappears, her friend Chris hints of a room filled with corpses on display like an exhibit at a wax museum, and Jo and Chris team up to uncover the truth behind Sloan and Whiteside's funeral home.
10% of the author profits from Painted Black will be donated to homeless services, including The Night Ministry in , in appreciation for the work they do in helping the homeless. I encourage anyone who reads my books to also support any program working to eliminate homelessness.
The short stories were mostly in print magazines and are no longer available.  I did re-release Red Light, Green Light ( Kindle edition ASIN: B004XJ4MI0 ) (Smashwords ISBN: 978-1-4580-9102-4) and another short story, Peeling the Onion, (Kindle ASIN: B004V04MK4) (Smashwords ISBN: 978-1-4581-9767-2) as e-books.  In addition, I compiled the complete set of Evelyn A. Archer stories, including the three that were published. That book, Weeping Widows (Kindle ASIN: B005D9RH9K) (Smashwords ISBN: 978-1-4661-1956-7) is also available for download.
Links to the above can also be found on my website www.debra-r-borys.com.
How do you come up with the names of places and characters in your books?