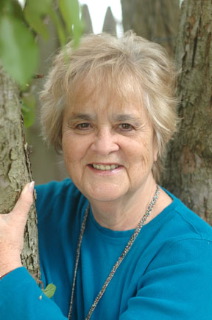 E. Kemp was born and raised in Oxford, MA, a town her ancestors’ helped to settle in 1713.  The first baby in the family was born in Salem in 1636.  Kemp's roots go deep in New England soil.  She attended Worcester State College, MA, and achieved her Master’s of Art in English from Siena College in upstate NY.  She wrote nonfiction articles for national and regional magazines before she turned to fiction.  She lives in Saratoga Springs, NY with husband Jack H. Rothstein and two kitties, Boris and Natasha.
M. E. Kemp writes historical mysteries about two nosy Puritans from Boston.  She strongly believes that American history is just as bloody and colorful as Medieval Great Britain so she set about to prove it with her series featuring wealthy widow Hetty Henry and young minister Increase "Creasy" Cotton. 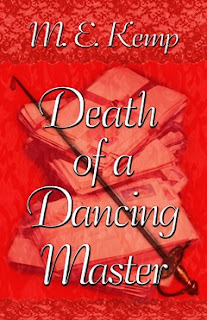 Murder, Mather and Mayhem (Xlibris) - someone is murdering the ministers of Massachusetts and young Creasy Cotton is assigned by his famous cousin Cotton Mather to investigate, but he can't stop cousin Hetty Henry from intruding, using  her wealth and connections to uncover the killer.   ISBN: 1-413-2552-6.

Death of a Dutch Uncle (Hillaird & Harris) - when the Albany Patroon's nephew dies from poison on Boston Common, Hetty and Creasy join forces to penetrate the closed Dutch society of Albany where they encounter some unusual characters including a kindly killer.       ISNB: 1-5913-184-6.

Death of a Dancing Master (L&L Dreamspell) - when Boston's dancing master is found dead there are many suspects from magistrates and ministers to jealous husbands and flirtatious wives.  Hetty and Creasy  must sort through many a guilty conscience to get to the real killer.    ISBN: 978-1-60318-240-9.

(M. E. Kemp books may be found on Amazon.com and most may be ordered from your local book source.)

M. E. Kemp's short stories have appeared most recently in Deadly Ink; Dying in a Winter Wonderland; Murder New York Style and in NEWN.   She has also been a guest on many blogs.

How do you come up with the names of places and characters in your books?
I find my names and place names in my many colonial history reference books, including diaries and early histories.  Our colonial ancestors had many unusual and Biblical names; some are of real people, like Cotton and Increase Mather; others a compilation of first and family names, like Jacob Joyliffe or Sarah Welsteed.  The place names I use are real including street names as I find them on old maps, although the maps may not be accurate.  Fortunately for me, Boston retains much of its colonial landscape, from the famous Boston Common to the waterfront wharves.  It's easy enough to capture the atmosphere just by walking down the little alleys and side-streets from Old South Church to Anthony's Pier Four.  (I even found a Pirate near Anthony's pier.)
Tell us about the genre of your work.
Writing historical mysteries is different from other genres because you have to really immerse yourself in your period.  You can't just look out the window to see what girls are wearing today; you've got to know about petticoats, robes, waistcoats and different makes of laces.  (Even the guys wore lace in those days, and beautiful laces they were.)  You've got to research what they ate, the games they played, what they drank, how they traveled, what the funeral or birth customs were; even their insults.  (It's hard to find many cuss words - our ancestors were unusually polite, although one man was fined for calling the judge a "just-ass.")  If you don't do accurate research one of your readers is going to call you on it, probably in a chat room where others will see it and decide they can't be bothered to read your book.  Still, I find great pleasure in popping our stereotypes of the Puritans, who were much closer to the lusty Elizabethans than to the prim and proper Victorians.

How did you develop the character of your protagonist in this book?
Hetty Henry is like Topsy -- she "jest grewed!"  If a writer is lucky a character will step into your book all ready formed.  If the writer is smart he/she will go with the character.  Hetty Henry is a young, 2ce widowed, wealthy businesswoman.  As a widow she is free to own her own property and act independently.   Hetty was supposed to be a minor character, with Increase "Creasy" Cotton, the young minister, as the main detective.  Hetty is such a pushy broad she just took over the first book, and then the series.    She has the money & the means to collect information, with contacts in high and low places.  Creasy is trained as a Puritan minister to seek out the guilty secrets of the human soul.  (Although Hetty doesn't trust him with women suspects - he's too susceptible to a pretty face.)   Hetty is none of your milk and water misses - she's a lusty woman.  When she likes a man she beds him.   So far her lovers include a Mohawk hunk (Death of a Dutch Uncle) and a handsome Huguenot refugee, Alexandre Bernon, (based upon a certain former New York City Ballet dancer.)  She and Creasy got it on once and are sometimes tempted, but basically it's a boss/employee relationship.  It's when they found a bunch of steamy love-letters (in Death of a Dancing Master) that they almost got it on, only they were untimely interrupted by that nosy Constable Phllymort.

What about an antagonist…is there a unique “bad guy” or a recurring nemesis of any kind?
I don't have any consistent Villain like Doctor Moriarty.  My villains tend to be real-life high officials like Royal Governor Edmund Andros and Robert Livinston, both of them sent to London on charges of graft and/or land-grabbing.   (For which they received slaps on the wrist...)  One of them might re-appear but I have no plans at this point.  The other villains are ordinary people, male or female.  Constable Phillymort is supposed to be one of the good guys, but he's too eager to arrest the innocent.  He is a bible-quoting hypocrite who will probably appear in future books, so that may be the closest thing to a recurring villain I employ.

Why and when did you begin writing?

I've written as long as I can remember.  As a child I used to write stories and poems for holiday readings to my family.  I wrote for the school papers and my first nationally published piece was in the 7th grade when I won a short story contest in "Scholastic Magazine."  I still write to my 7th grade school teacher.   After college I wrote mainly nonfiction articles for national and regional magazines.  I was hired by a branch of Cornell University to write a textbook on local government; What Every Citizen Should Know: A Guide to Local Government.   After that and follow-up work-shops I decided to write fiction full-time.  My first book, I published POD, but I was picked up by Hilliard and Harris for my next books; novels in the Hetty and Creasy series.   L&L Dreamspell had published one of my short stories, and they decided to pick up my fourth book, Death of a Dancing Master.  I'm at work on the fifth book in the series; Death of a Cape Cod Cavalier.   Since I take my plots out of history books -- at random opening a page -- I don't know what the book after Death of a Cape Cod Cavalier will be.  I am very much a seat-of-the-pants writer.  I have no set schedule, although I keep vowing to set one.   I get too distracted; if my friends call me for lunch I'm off like a shot.  If there's a new art exhibit I'm there, even if I have to go over a mountain and through a blizzard to get there.  (Usually to the Clark Art Institute in Williamstown, MA; as my hubby and I just did.)

What do you do when you are not writing?
Two pieces of advice to beginning writers;   (1.)  PERSEVERE!   Today there is a huge new world of publishing with many forms of entry.  Keep at it and find a way to get your book out there.  I never look down my nose at someone who self-publishes, or does POD because that's how I started.   You've got to get your book in print, and once you've got that to show you may well be picked up by a publishing firm.   (2.)  Get yourself a good editor, even if you have to pay for it.  I mean a professional.  I am hearing scary things, particularly about e-published books that are full of typos, spelling and grammatical errors.  In fact, I am organizing a conference for my local writer's group with a panel on all forms of e-publishing.

What “Made It” moments have you experienced in life?

I think my Made-It- Moment occurred when I moderated a panel at a major conference with Diana Gabaldon as one of the panelists.  I sat next to her at the signings afterwards and was chagrined to find a line out the auditorium door with loads of books for Diana to sign.  I think one person came to my line.  I think she was sorry for me.   Another Made-It-Moment was when the first “local” fan emailed me to tell me she really liked my books.  We met for lunch later.  The only thing I regret is not making as much money as Diana Gabaldon!  How about one-tenth of her money?  One percent, anyone????

I DANCE!   I live near the National Museum of Dance where they hold classes for people over 50 years, and I love it!  We do everything from Martha Graham to Ballet to Tibetan to hip-hop (that one nearly killed me!)   Since I ran the program for ten years I got to pick and choose my dance teachers, who were usually handsome males....  (That was pointed out by one of the regulars.)  I don't run it now but I still dance in it.   I am frequently called upon to interview famous dancers/dance companies before they perform in Albany -- again, they are usually good-looking' guys.  (My husband sits in the front row -- the dancers almost always go over to him & commiserate with him....  I ask very pointed questions during my interviews -- my research skills are put to good use.)

To learn more about Marilyn Kemp and her books, check Kemp's website at: http://www.mekempmysteries.com/.
Posted by Thoughtful Reflections at 1:48 AM