Chatting with John R. Lindermuth about His Book, Fallen from Grace

I have a soft spot for newspaper reporters because when I was nine-years-old, a newspaper reporter by the name of Mr. Roberts took me under his wing and encouraged me to write.  Thank you, John, for bringing back those memories it is a pleasure to have you as a guest. 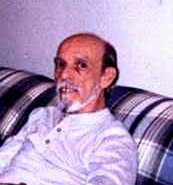 John R Lindermuth grew up in a small city in Pennsylvania’s anthracite coal region. He served in the United States Army and then worked as a newspaper reporter and editor for nearly 40 years. He says that he covered nearly every beat and doing so, he gained a variety of experience, which has proven of value in my fictional writing. Since retiring from the newspaper, He has been the librarian of his county’s historical society and helped patrons with genealogy and historical research.
Tell us about the genre of your work.

I think of Fallen from Grace as a historical mystery. Publisher Billie Johnson and acquisition editor Sunny Frazier saw it as a Western in style. They selected it for Wild Oak, the new line in that genre for Oak Tree Press.
Why did you choose this genre?
Mysteries are my favorite read and I love history. It is natural for me to combine the two in my writing. As to Westerns, I grew up and now live again in a house said to have been built by a man who rode with Buffalo Bill. My mother said she read pulp Westerns while carrying me and some of the first books I read as a boy were in that genre, both providing additional influence I am sure.
What are some of your books, stories that have been published?
I have published nine novels to date, including four in my Sticks Hetrick mystery series. My short stories and articles have been published in a variety of magazines, both print and on line.
Fallen From Grace, 978-1610090117 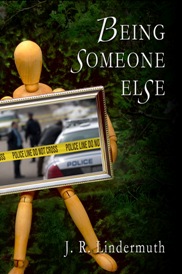 John has always very interesting responses. I am fascinated by some of the names you come up with, very evocative. I am sure your mystery western will do really well.

Thank you, Margaret. And thank you, too, Sylvia for providing me this opportunity to talk about my work today.

John, you seem to have a good handle on who you are as a writer. I enjoyed learning more about you here, and I've always enjoyed your work. Best regards.

Hi John,
Great interview. Your journalistic talent certianly comes out in your writing. Good luck with all your projects.

Enjoyed the interview. I also enjoy historical mysteries and when I read this book for review a couple of weeks ago, I was not disappointed. In fact, it's the best book I've read so far this year. You can read my review at http://www.gather.com/viewArticle.action?articleId=281474979335550.

I was very happy when I saw John's manuscript come across my desk. I've known his short story work for some time and I'm pleased that he kicked off the Wild Oaks line for Oak Tree. It's time the Western genre came back for a new generation of readers and writers.

I agree with Earl that you know who you are as a writer. I look forward to reading your book.

As a fellow writer for the Wild Oak line from OTP, I'm looking forward to reading your work. Great interview, John.
Carol Crigger

Most of everything you say in your
interview is cold honest truth but what I did like was your honesty. It takes many, many days and nights of solitude and quietude to become a writer; touched with a hint of steely determination to finish and succeed. I think you have shown that you have these in abundence John. Many good wishes for the future.
jackleverett.me.uk

I really enjoyed the blog and all that Mr. Lindermuth wrote, but I especially like his comment about bad guys and good guys. I love a complex character like that. I love to follow someone who is doing evil and kind of agree with his or her motivations despite myself. The same goes for complicated good characters too, but they're not as much fun of course.

I enjoyed the interview and John's approach to character development. The good and bad in a character is often overlooked by some authors. I'm looking forward to reading the book.

I am looking forward to John's book and whatever else Oak Tree publishes in its new western line. I think it's a genre that is overlooked that has a wide appeal and a ready made audience.

John seems like an interesting and insightful guy--I like his advice to write on a regular basis but not tie yourself to a particular number of words. Trying to meet a quota has never worked for me.

Hi John! Marta Chausée here. I love that you are also a genealogist in your other life. What a great way to snag names!

I also keep a list of potential character names. I often search movie credits and even television show credits for same. Foreign films can be fun name sources.

I also delve into my own history to find names of adults I admired or feared or disliked as a child. I also search historical non-fiction for names.

To me, it feels difficult to find German given names that do not sound silly or stupid. Since one of my mysteries is set in WWII Berlin, i am facing some challenges in this regard.

Thank you for your input. Every thing you said in the interview seems on target, especially the pieces about not reading while writing (that tends to be me) and setting a goal number of words per day but not flogging oneself if one does not meet that goal. As you say, some days a writer is going to be on a roll and exceed that daily goal.

I truly enjoy western mysteries, and there aren't enough of them. I'll be reading your book soon.

I also appreciate your comments about your characters, and keeping them real. Actually, you made serveral comments that I can appreciate. Good job!

Great post John. Lots of information. As a former reporter, I agree it is a natural to draw from. You have to be an expert on a little bit of everything and that can carry over to your writing. You also meet all kinds of "real-life" characters you can draw from. It also makes you write to a deadline which is a must. Good luck!
Wendy
W.S. Gager
www.wsgager.com

Good interview. As a person interested in family trees, interesting names would surely pop up.