I am delighted to have an interview with Karen Ranney who not only happens be a New York Times Bestselling author, but whose books have been on the USA Today bestseller list several times. 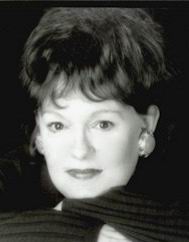 New York Times bestselling author Karen Ranney was first published in 1995. Since then, she’s gone on to write dozens of historical romances, most of them set in Scotland.
Her books have been described as evocative, intensely romantic stories featuring characters who leap off the page.  As an Air Force brat, Karen lived all over the world. In addition to being trapped in East Berlin and lost in Russia, she also numbers among her early adventures having her first date in Paris and traveling the entire route of the Orient Express.
She wanted to be an archeologist, a Foreign Service Officer, or a violinist. Instead, she became a decorated Navy Wave, a journalist, and the somewhat bemused mother of two sons. She’s also moderated a daily radio program, been a motivational speaker, and admits to having had more than six careers, among them Purchasing Director, Help Desk Analyst, Marketing Director, and a Human Resources Manager.
However, it is her love of books and a fascination with writing that has remained constant throughout her life. Writing allows her to live vicariously, travel to other centuries and answer that one eternal question – What if? In 2011, she decided to self-publish her mysteries. The first, Murder by Mortgage, is published under the name of Katherine Storm.
Tell us about the genre of your work.
I'm published in historical fiction (26 books) and now amateur sleuth mystery (ebook only).
Why did you choose this genre?
I love happy ever after endings.   I find that true in both in romance and mystery, at least the mysteries I like to read. Justice is served, the bad guy gets his just desserts, and good triumphs.
What are some of your books, stories that have been published? 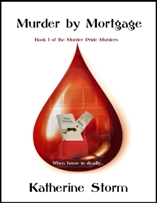 Other than the twenty-six historical romances, the mystery is called Murder by Mortgage, and it's been out since January, 2011 written under the name Katherine Storm.
How can readers learn more about you and your books?
My website address is:  http://www.karenranney.com/
You can find my books by clicking on the following links:
Murder by Mortgage by Katherine Storm
ISBN: 978-0-983243007
Kindle
Smashwords
Barnes & Noble
Murder by Mortgage is an emotional suspense novel of one woman's determination and survival.  When Jennifer Roberts' daughter dies, she's filled with guilt and pain. Nothing could penetrate the fog surrounding her, nothing but murder.  Except that no one believes it is murder. Not Talbot, the cop who is her nemesis, nor her husband, whose actions lead Jennifer to think that she has a problem there, too. She's determined to convince others that what she suspects is true; her only help, an eclectic group of amateur sleuths who play at murder.
Why did you choose a pseudonym?
Because I am known for historical romance, and my mysteries are totally different books, I thought it would be easier for readers to associate them under a different name. I am not trying to hide the fact that I also write mysteries, just differentiate them from my usual books.
Are there plans for any more books?
What About Alice? will be released later this year.
How do you come up with the names of places and characters in your books?
I was actually driving through an area of San Antonio, famous for its Victorian houses, when I started wondering about the inhabitants. Jennifer Roberts immediately flew into my mind, but I am used to that. I see characters first, then the plot.
How did you develop the character of your protagonist in this book?
The more I thought about Jennifer, the more I realized that something awful had happened to her, something that had altered her life and her personality. Then, just when she's at her lowest, her best friend is murdered. Remember how I said I loved happy ever after endings? I also like people to struggle – yet overcome whatever problems they have.
What about an antagonist…is there a unique “bad guy” or a recurring nemesis of any kind?
There are actually three, and I guess you could actually consider Tom, Jennifer's husband, to be among them. He wasn't the most supportive man in the world.
What’s your favorite thing about your book?
I love the story. I love how Jennifer begins to realize that she needs to survive. I love how she stops blaming herself for things that weren't her fault. She triumphs in the end.
How is writing in the genre you write, different than other genre?
There's a remarkable similarity between romance and mystery, to me. Same rules about conflict, character, journey, and the happy ever after I mentioned earlier.
Why and when did you begin writing?
I was five, I think. I had to write. I had all these stories in my head about all these things I felt and saw and knew. My first story was called The Maple Leaf, and it's around here somewhere.
What is your writing schedule?
I start writing every day at 8:00 AM. I write until 11:00 when the dog and I go outside and play. I may write outside on my laptop if the weather is good until 2:00, take a break and work from 3:00 PM until about 8:00. Sometimes, depending on my deadlines, I may write until midnight.
What projects are you working on now, or plan for the future?
Under the name of Katherine Storm:

What About Alice? is a mystery of friendship and murder being released this year.
Grace and Favor is a contemporary romantic suspense released April, 2011. (The story involves a royal duke in line for the crown and an archeologist – just in time for the Royal Wedding.) http://www.amazon.com/His-Grace-and-Favor-ebook/dp/B004WWQABK/ref=sr_1_2?ie=UTF8&m=AG56TWVU5XWC2&s=digital-text&qid=1303198624&sr=8-2


Under the name of Karen Ranney
A Borrowed Scot – just released
My Beloved – re-release August, 2011
A Scottish Love – November, 2011
What kind of advice or tips to you have for someone who wants to write (especially mystery)?
My only piece of advice to any writer, of any genre, is this: don't give up. It's simple, but not necessarily easy.
What do you do when you are not writing?
I play with and train my dog, Flash, a Shetland Sheepdog. He demands my undivided attention – for a few hours every day.
What “Made It” moments have you experienced in life?
Making the New York Times bestseller list.
Also, I've made the USA Today bestseller list ten times, so that's fun, too.
Posted by Thoughtful Reflections at 1:14 AM

Thank you for having Karen as a guest today. She is a wonderful person and a terrific writer.

What lovely things to say, and thank you so much!

Thank you, Sylvia, for such insightful questions, and for inviting me.