I think the readers will enjoy this visit with William Shepherd as much as I have.  Thank you for the conversation. 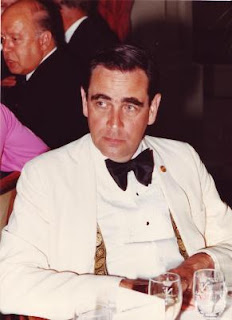 I was a career diplomat in the American Foreign Service, and served at our Embassies in Singapore, Saigon, Budapest and Athens, retiring as Consul General in Bordeaux. “Write about what you know,” is the usual advice given writers, and for me, that was the Embassy world. During one of my five Washington tours, I found myself staying late one late evening, as Duty Officer for the Secretary of State. I perused the files and diplomatic cables, and then realized what a variety of information from all sources a diplomat has access to. That is when the idea came to my – when I retired, I would write mystery stories set in American Embassies overseas.
It is a new genre, and to my knowledge I am the only writer writing what I call “diplomatic mysteries.” It now have a series of four, and my protagonist, Robbie Cutler, is a thirty something career diplomat. He serves where I have served, and where necessary, I have gone back overseas for research purposes. 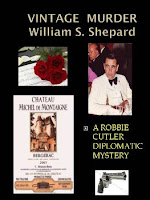 The first novel, “Vintage Murder,” is set in Bordeaux. The bad guys are the Basque ETA terrorist group, who attempt to raise money by terrorism the great vineyards of the region. 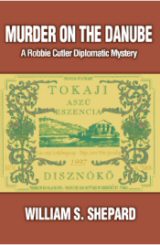 In “Murder On The Danube,” Robbie has been reassigned to the American Embassy in Budapest. Someone is killing prominent visiting Americans, in order to keep his secret, that he was a traitor to the Hungarian Freedom Fighter cause during the Hungarian Revolution.
In “Murder in Dordogne,” Robbie and his bride Sylvie, whom he met in the first book and proposed to in the second, are on their honeymoon in this scenic and rustic area of France. An old murder intrudes on their honeymoon, and then, Sylvie solves a separate murder plot that threatens her husband.

In the most recent novel, “The Saladin Affair,” Robbie is Special Assistant to the new Secretary of State. They visit six European capitals on Air Force Two, and Robbie must fend off an Al Qaeda assassination plot, and solve the murder of the American Ambassador in Dublin.
Robbie is intelligent and knowledgeable, but he is not a people person. His sister, and then his wife Sylvie, often have a better feeling for people and their motives than he does. Readers like them both, but many prefer Uncle Seth, Robbie’s great uncle, a nationally prominent man, once Time Magazine’s Man Of The Year, who has access to Washington intelligence circles.
Where did the names come from? “Robbie” is a family name, and Cutler was my mother in law’s maiden name. I had an Uncle Seth, whom I just remember, and Seth is my middle name. Bad guys? They are all sorts, but not one dimensional. The ETA gunman in the first novel was motivated by a police killing of a member of his family. Perhaps my favorite bad guy is a former French Collaborator, who has now served his time. Robbie’s task in “murder In Dordogne” is to mine this source’s memory for information that will be crucial to solving a present murder.
As I said, this is an original mystery genre. As the President of the American Foreign Service put it in a cover blurb for “The Saladin Affair,” “London has Sherlock Holmes and San Francisco has Sam Spade, and now Washington has its first diplomatic sleuth, Robbie Cutler. Learn about embassy life from the inside, as you enjoy Bill Shepard’s  latest diplomatic mystery.”
Here are the links to these four books: 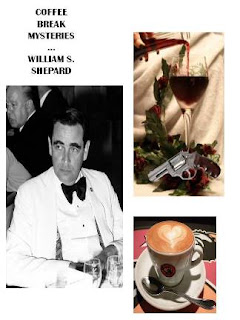 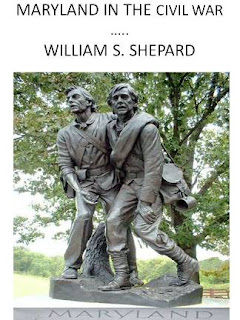 When I am not writing I am often lecturing. My series on Maryland In The Civil War was well received at Chesapeake College and Washington College, and I have now issued these essays as an eBook. For those with a short attention span, or a tight timetable, my Coffee Break Mysteries, also an eBook, gives twenty short mysteries, each followed by its solution. Betcha can’t just stop at one!
Here are the links to these two ebooks:
Coffee Break Mysteries - http://amzn.com/B004EKF6M
Maryland In The Civil War -  http://amzn.com/B004PYDHWA
Learn more about William S. Shepard on his website at: www.diplomaticmysteries.com
Posted by Thoughtful Reflections at 1:56 AM

What an interesting genre you have chosen. Congratulations. You can't complain that your field is crowded! I sincerely hope your books take off into the stratosphere.

Wow, what a twist on political thrillers! It sounds so interesting specifically because it IS a unique area!
Good luck with it!