Behind the Scenes with Joan Hall Hovey - Author, Writing Instructor, and Voice Over pro

As well as penning suspense novels such as Night Corridor, Chill Waters, Nowhere to Hide and Listen to the Shadows, Joan Hall Hovey's articles and short stories have appeared in such diverse publications as The Reader, Atlantic Advocate, The Toronto Star, Mystery Scene, True Confessions, Home Life magazine, Seek and various other magazines and newspapers. Her short story, Dark Reunion was selected for the Anthology, Investigating Women, published by Simon & Pierre, edited by David Skene-Melvin.
Joan Hall Hovey is also a writing instructor, and a Voice Over pro, narrating books and scripts. She lives in New Brunswick, Canada.
Tell us about the genre of your work.
I enjoy writing suspense novels because it's an opportunity to explore the darker side of the human psyche.  But it's more than that.  Although my first job as a writer of suspense is to give my readers a roller-coaster ride.  I like to place my main character in a frightening situation.
Why did you choose this genre?
I think it's more that the genre chose me.  I've always been drawn to the dark side of human nature, as I mentioned.  As a child, I saw every spooky movie there was – and devoured books by Edgar Allan Poe.  I also loved the gothic tales with the misty moors and cobwebby attics.  I used to love to frighten my school mates with my stories.  Nothing pleased me more than to see them all sitting stone-silent and wide-eyed as I wove out another chilling yarn.  It was a lot of fun, and a great way for a rather shy, nerdy little girl could get some attention.
What are some of your books, stories that have been published?
When I first began writing professionally, I wrote many stories for the confession magazines.  My articles and short stories were published in numerous magazines.  My short story Dark reunion was anthologized in 'Investigating Women'.
What is your newest book?

NIGHT CORRIDOR
ISBN: Trade Paperback   978-1-926965-44-4
ISBN Ebook: 978-1-926965-45-1-9
SOME NIGHTMARES HAPPEN WHEN YOU'RE AWAKE!
At 17, Caroline Hill was torn from the boy she loved, by her tyrannical father.  She then loses her child, and finally she gains a grasp on reality.
After nine years in a mental institution, once call The Lunatic Asylum, she is released.  As she struggled to find her way in a world she no longer knows, she realizes she is being stalked by a man who hides his face and whispers her name.
Now, after nine years in Bayshore mental institution, once called The Lunatic Asylum, Caroline is being released. There will be no one to meet her. Her parents who brought her here are dead.
The staff at Bayshore has found her a room in a rooming house, a job washing dishes in a restaurant. She will do fine, they said. But no one told her that women in St. Simeon are already dying at the hands of a vicious predator. One victim is an actress who previously lived in her building, and there were others.
And now, as Caroline struggles to survive on the outside, she realizes someone is stalking her. But who will believe her? She's a crazy woman after all.
Then, one cold winter's night on her way home from her job, a man follows and is about to assault her when a stranger intercedes.  It is a stranger who hides his face and whispers her name.
And some of your other books are?
NOWHERE TO HIDE

ISBN: 9781452301365
SHE DARED TO CHALLENGE A MERCILESS KILLER
EPPIE WINNER~BEST THRILLER
Raised in an atmosphere of violence and unpredictability, Ellen and Gail Morgan have banded together, survivors of a booze-fertilized battleground, forming a fierce united front against an often cold and uncaring world. When their parents are killed
in a car crash, Ellen becomes the mother figure for Gail.
When fifteen years later Gail is brutally raped and murdered in her shabby New York basement apartment, practically on the eve of her big breakthrough as a singer, Ellen is inconsolable. Rage at her younger sister's murder has nearly consumed her. So when her work as a psychologist wins her an appearance on the evening news, Ellen seizes the moment. Staring straight into the camera, she challenges the killer to come out of hiding: "Why don't you come after me? I'll be waiting for you."
Phone calls flood the station, but all leads go nowhere. The police investigation seems doomed to failure. Then it happens: a note, written in red ink, slipped under the windshield wipers of her car, 'YOU'RE IT.' Ellen has stirred the monster in his lair … and the hunter has become the hunted!
"If you are looking for the suspense thriller of the year-look no further…you will find it in Nowhere To Hide..."Jewel Dartt Midnight Scribe Reviews
***
CHILL WATERS 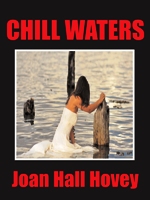 ISBN: 9781452344447
WHAT IF EVIL VISITED THE ONE PLACE WHERE YOU FEEL THE MOST SAFE?
Following the breakup of her marriage, Rachael retreats to the old beach house in Jenny's Cove, where she once lived with her grandmother. It is the one place where she had always felt safe and loved. Devastated and lost, Rachael longs for the simplicity of her childhood.
But Jenny’s Cove has changed. From the moment of Rachael’s arrival, a man watches. He has already killed, and mercilessly will do so again. Soon Rachael becomes a target for a vicious predator whose own dark and twisted past forms a deadly bond between them that sets her on a collision course with a crazed killer.
Review:
"...Joan Hall Hovey is a female Stephen King... a stunning, multi-layered, modern-day gothic, told with the unforgettable style and grace of a true master of suspense..." Rendezvous Magazine
***
LISTEN TO THE SHADOWS
ISBN: 9781452301518
SOMEONE WAS STALKING HER. NOW HE'S FOUND HER...