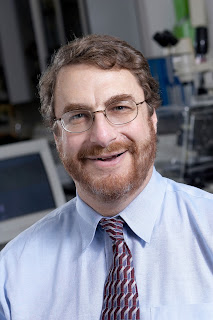 Fred Ledley is an accomplished physician, scientist, entrepreneur, and member of the baby boomer generation. He has written extensively on topics ranging from biology and medicine to philosophy, ethics, education, and the sense of wonder. In his first novel, Sputnik’s Child, Ledley provides a human perspective on the ideas that influenced his generation and the faith that will inform the future. He is a Professor in the Department of Natural and Applied Sciences at Bentley University in Waltham, Massachusetts where he teaches courses in human biology, management, and futurism.


My medical school education and training pediatrics was the most formative experience of my life. I was very moved by the experience of caring for children and their families; listening as they struggled with issues of medicine and morals, fear and faith, love and limits; sharing both the exuberance of hope and healing and the tragedy of disability and death.  These emotions have never left me. In my scientific career, I studied the genetics of disease and how inherited diseases might be treated and watched very basic science mature to the point that we can often (not always) help people we weren’t able to help before. Now, I study and teach ways to more efficiently translate scientific discoveries to help people. In writing Sputnik’s Child, I tried to understand the persistent hope – often a perfect faith - that “untreatable” diseases might, in fact, be treated.


Sputnik’s Child is a very personal story about a child of the baby boom, her search for identity, her success, and her crisis of faith. It is also the history of her generation, which weaves together the events in Jackie’s lives and those of her friends with the social currents of the Age of Aquarius, a decade of malaise, the “me” decade, and an age of irrational exuberance.


The story is in some respects an allegory for the baby boom generation. Jackie was born the day Sputnik was launched in 1957, the year that was the height of the baby boom. The enormous demographic disruption of the baby boom would reshape American society, and events put in motion in the aftermath of Sputnik, would profoundly shape our future. In the months after Sputnik, our nation would organize NASA, which would eventually lead to men landing on the Moon. Congress also authorized the Advanced Research Projects Administration (ARPA), which would lead to the invention of modern computers, the internet, and modern biotechnology.  Even more important, perhaps, was the National Defense Education Act (NDEA), which revolutionized the nature of education itself to emphasize abstract concepts and inquiry over memorization and pedantic problem solving.


“Jackie was a child of this age. She was schooled in the new math. She was exposed to pictures of the world brought into her living room via communication satellites and was inspired by the race to the Moon. Nothing else was nearly as exciting.”


It is an allegory that also includes the emergence of an age of technology, a decade of irrational exuberance, and the seeds of the existential crises of the past decade – the reemergence of terrorism, 9/11, the Great Recession, and questions about our future. The novel ends:


“A generation had passed. Katie was now the age Jackie had been when Apollo 11 landed on the Sea of Tranquility. Jackie wondered whether Katie, or any of her generation, believed they would fly to the Moon or to Mars.”


I thought about writing an essay about how the ideas of the baby boom generation were shaped by events, but it seemed like that genre would fundamentally miss the point; namely the intensely personal nature of how young people formulate their ideas, their identity, and their faith, and how people respond when their ideas and their faith is threatened.


This book is certainly not a pure form of any genre. It is really inspired by the work of writers like Leon Uris, James Michener, and Herman Wouk who were created characters that came to life amidst the narrative of history. 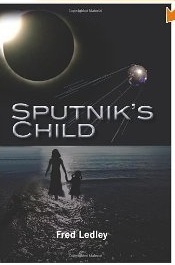 
·        Availability: Published though CreateSpace. Available through most online retailers including Amazon and Smashwords and by request at bookstores.
·        Website: www.sputnikschild.com


·        Jackie is Sputnik’s Child, born on October 4, 1957, the day that a human satellite first escaped the gravity of Earth for the heavens. This is her story, and a history of the baby boom generation, forged in an Age of Aquarius, which found faith in the promise of technologies powerful enough to transport men to the Moon and picture the Earth as it might appear to God. Jackie and her friends come of age amidst the turbulence of the 1960s, frightened by race riots, civil defense drills, terrorism, and the Vietnam War. They find ideas that will guide them through adulthood in the civil rights movement, the spirit of Woodstock, family traditions, and the conquest of space. For Jackie, the image of astronauts orbiting and walking on the Moon gives her confidence that the frightful problems on Earth can be solved. As her faith and friendships mature through an era of social malaise, the “Me” Decade, and a time of irrational exuberance, she achieves personal and professional success communicating the promise of the emerging age of technology. But when her daughter is diagnosed with a disease that has no known cause or cure, Jackie is confronted with a crisis of faith.


I love watching people. One of the best things about medical school was that it really taught me how to see things about people, how to listen, and how to tease out what people might not be able to tell you; what matters to them, what motivates them, what hurts, and what they need.


I’m in love with all my characters; they have become my friends!


I have been writing since childhood. My parents still have my first “book,” which I “wrote” before I even understood reading or writing words – just pages and pages of random letters and numbers. My father was writing textbooks at the time, and my parents tell the story that I would sit in his study and imitate him. After college, my writing came became more focused on technical writing and occasional essays in the professional literature of science.


My father was a big influence on my writing. He very much wanted me to go to medical school, but when I was in college, I was much more interested in writing poetry and plays – my undergraduate thesis was a play.  One day, he brought home a book of William Carlos William’s poetry for me, and said (something like) “we love your writing, but would you do something to earn a living also.” Of course, William Carlos Williams was one of the foremost American poets of the last century, and also a practicing physician his whole life. Even as an adolescent, I couldn’t find fault with his support and his logic.


I don’t remember anyone actually teaching me how to write, but theater courses in college were a big influence. I loved Pirandello’s Six Characters in Search of an Author and the idea that the “The drama is in us, and we are the drama.[1]” As a student, we also worked with experimental theater troupes that would create plays without employing an author, simply by exploring the interactions among the company of characters. At some point, I learned that fiction is all about recognizing characters – I feel like I recognize my characters, rather than create them – who have intrinsic depth and motivations, and then putting them in motion so that they can tell me the story.  I really feel like Jackie and her friends told me the story of their lives, not the other way around.
What projects are you working on now, or plan for the future?


There are so many things I would like to write. I have been working on a novel that will explore human cloning; not science fiction – I’m not terribly fond of science fiction - but rather a personal story that explores what comprises an individual and a soul if another being is crafted to be identical.


In a radio interview several weeks ago, and the host said that he really wanted to know more about another character in Sputnik’s Child – Jackie’s childhood friend Danny.  He suggested that I write a parallel novel that would focus on his experiences. Each of the characters in the book adopts different ideas that guide them to adulthood; for Jackie, it was her faith in science and technology; for Danny, a commitment to social justice; for Ruben, it was radicalism and a Woodstock-inspired search for Nirvana; for Rachel, it was the ideal of family; for Steve, his religious faith. I am intrigued with the idea of writing a series – Sputnik’s Children – that would tell each of these distinct, intersecting, stories.


What kind of advice or tips to you have for someone who wants to write and be published?


I think the important thing is to have something to say that may make a difference in the life of a reader. This basic idea gets lost; too many mass market books are simply about sales; too many independent books reflect self-absorption. A published book needs to talk to the reader.
[1] To give you more of the flavor of the play, consider this dialogue:
The Father. No sir, no. We act that rôle for which we have been cast, that rôle which we are given in life. And in my own case, passion itself, as usually happens, becomes a trifle theatrical when it is exalted.
The Manager. Well, well, that will do. But you see, without an author . . . I could give you the address of an author if you like . . .
The Father. No, no. Look here! You must be the author.
The Manager. I? What are you talking about?
The Father. Yes, you, you! Why not?
The Manager. Because I have never been an author: that's why.
The Father. Then why not turn author now? Everybody does it. You don't want any special qualities. Your task is made much easier by the fact that we are all here alive before you . . .
What do you do when you are not writing? 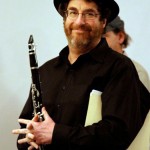 In my day job, I am a Professor at Bentley University where I teach biology, management, and a course in futurism and lead a research program looking at ways to advance the translation of scientific discoveries for public benefit. I am also very involved in music, and play clarinet in Shpilkes Klezmer Band. www.myspace.com/shpilkes