Non-fiction and Narrative Poet Author, Wanda Morrow Clevenger, Shares a Glimpse of Her New Book, This Same Small Town in Each of Us 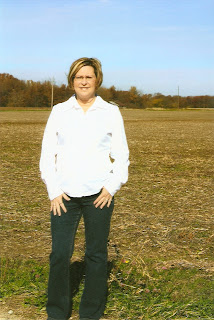 Wanda Morrow Clevenger lives in Hettick, IL―population 200, give or take which way the wind is blowing.  With her sons grown and fled-the-scene, she occupies a quiet, sometimes haunted house and has grudgingly decided that from a relatively short distance weeds can pass for grass if clipped short enough―after all, haunted is as haunted does and green is the new neutral.  She is obsessed with recording the past and present by charting family trees and writing memoir stories.  Maintaining this mountain of paper was her first high-altitude climb; compiling her debut book the second.  She used to keep birds, but they consistently committed suicide on her watch.  Now she cultivates orchids.


Non-fiction is my priority, that and narrative poetry (the demi-glace of non-fiction).  This naturally was my choice to study the longest at Long Ridge Writers Group.  Styles of non-fiction are endless: essay―formal and informal, exposition, persuasion, description, narration, biography, article, and so many more.  The ways to regal an audience with this genre are as diversified as the authors using them.  Furthermore, I don't have to search material; it finds me with a random sight or smell or turn of phrase sparking a memory loitering just beneath the surface.  When I was young I had trouble keeping a diary because despite my desire to record every secret thought and deed, I was never satisfied with the scribbled end-product.  Guess I'm making up for lost time now.


I chose non-fiction, at first, because I wanted to share my lifetime―if only with my sons and grandchildren.  This innocent pastime has since evolved into self-examination and ultimate acceptance of what was and why it was how it was.  Some “closure” in advance of the coffin lid.


I have published nearly as much flash fiction (43 pieces) as non-fiction (55 pieces) with poetry slightly behind (31 pieces); fifty-six of these credits are reprints.  When prompted (I used to hold membership in online writing sites) I ventured further into fiction writing and am most proud of having slipped a micro piece into Boston Literary Magazine as well as publishing the three longer fiction works written at the finish of the Long Ridge course.  Writing fiction to me is a more panoramic view of non-fiction.  The tricks-of-the-trade learned for non-fiction apply for me personally when writing fiction, but with far more abandon in that I am immersed in someone else's psyche.


Can you tell us about the works you have had published? 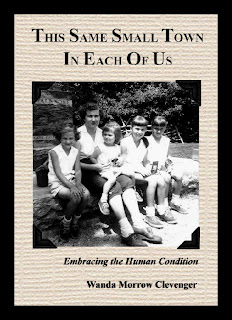 With eighty-three pieces appearing in as many online and print publications, I won't attempt to list these and will only remark on my debut book This Same Small Town in Each of Us, released on October 30, 2011―a collection of  forty-six works of memoir ranging from growing up in Carlinville, IL to married-with-children life in tiny Hettick, IL to the current state of affairs; poetry leaning heavy on the narrative side; and flash fiction.  The bottom right-hand corner of the book cover points the reader in the direction of the collective whole where it reads: Embracing the Human Condition.


I made the conscience choice to wait to compile the book until I felt the work had been legitimized by previous publishing, though there are some “new reads” in the book that a few of my loyal fans might not have read at one stage of revision or another.


I also decided to inscribe and sign every copy sold through the publishing house Paypal link and through me directly via the Facebook book page or my blog.  Unsigned copies of the book are, of course, available through amazon.com.


Personal blog of random work, published and new, as the mood strikes: http://wlc-wlcblog.blogspot.com/


I like that it isn't just a fictional novel, not that I'm knocking novel writers.  But that this is a collection of non-fiction shorts representing a huge sense of my personal being.  The nine poems (seven previously published) prove that I succeeded outside my comfort zone.  And the flash fiction section just flat out makes me smile because I did seriously doubt my ability to break into print to the degree I have in this particular genre.


The individual work is intentionally short for those who prefer a quick literary fix.  And the black and white photos included alongside some of the work heighten the nostalgic tone of the individual pieces.


Because it was the most natural thing to do.  I had for the majority of my life sketched and painted and designed and created lace patterns and jewelry.  Writing stepped to the head of the line at the just the right time (my sons leaving home and my spare time expanding) as the next creative outlet.


That's up for debate.  I have several pages of angst-riddled poetry dating to 1973 (my senior year in high school and shortly after).  I hadn't done too badly with the verse considering I was totally winging it.  Still, I keep those pages to myself.


I started playing around with memoir stories in mid-2007 during slow afternoon hours at a law firm where I was employed part-time.  At this time I did not own a laptop and our behemoth computer our sons used throughout their school years had already bit the big one.  By mid-2008 while enrolled at Long Ridge, and after I had grown confident in my writing ability, I showed a story to a long-time friend.  It was she who reminded me that I was writing stories in the mid '70s when we worked together for the State of Illinois―and she produced two such stories she saved, two of the weakest and most embarrassing pieces of blather you might imagine.  I immediately edited the work to my satisfaction and then realized this new occupation was an old one taking its sweet, slow time catching up.


What is your writing schedule?  What atmosphere do you need to write?


I write in the mornings when my brain is sharpest, in my pj's, with several cups of cranberry pomegranate green tea that go cold (you don't want to knock on my door before 11 o'clock.  If I'm lucky the only other sound besides keyboard taps is my yellow reproduction '50s kitchen clock ticking this coveted time away all too fast.


Book signings atop the holidays and my younger son's college graduation have slowed my writing routine to a crawl.  Though I do try to keep up with the bi-monthly writing challenges of the Carlinville Writers Guild―snippets that may expand and find their way into editors' in-boxes one day.  And as I have revised and published almost every memoir piece written since mid-2007, I'm now entertaining the thought of a second collection―but don't hold your breath, I'll be taking it one day at a time same as with the first book.


In the meantime, Thematic Literary Magazine has taken me on as a fiction editor for slush pile reading.  I am looking forward to this new venture.  A little exercise for the “other” brain cells for a change.


What kind of advice or tips do you have for someone who wants to write and be published?


I don't subscribe to the notion that if you are born to create, in any medium, then you will succeed by genetics alone.  You must learn the craft, read what the pros have to say about the craft, and discover how much you don't know.  When this information gels inside your brain, then you're cooking with gas.  Until then, hone your craft while expect a lot of rejection letters.  Then learn what you can from the rejection letters and edit, edit, edit.  And remember, one editor's trash is another editor's prize.


Early on I came across the advice: a writer should get acquainted with his ego.  It will serve him well along the way.  I laughed when I read this―I wasn't sure where I had mislaid my ego.  But after getting clobbered on writing sites by resident engorged egos (not to mention the misguided editor-daddy-of-all-egos at Untied Shoelaces of the Mind.  You can lead a horse's patooty to water . . .), I vowed to keep my own ego in check even if it killed me.  I'd conduct myself in a professional manner at all times, no matter how hard the heel was that ground my feelings into bloody pulp.  Horse's patooty's defamation was spot-on wrong, and the piece that so repulsed his delicate sensibilities published twice.  Determination equals passive revenge―the best kind.


And on a lighter note, in the words of Martha Stewart: cultivating a fan base from the get-go “is a good thing.”  My critique partners turned fans suffered through reading sloppy first drafts way back in the day; they stuck around while the work morphed and solidified―putting two cents worth in (sometimes heeded, sometimes ignored); congratulated each hard-earned publishing credit; and thankfully are still by my side to see my first book release.  I know I could not have come this far this fast without every single one of them.


Well, there were the many bird purchases and subsequent suicides, but let's not go there.  It's not my fault that I am pet-cursed.


I'm low-key in person anymore, only fly my freak flag on the written page.  I watch decades worth of reruns and am currently re-addicted to The Waltons (just those episodes including John-Boy, though); I clean house when absolutely necessary; I antique when the opportunity presents; I drink Turning Leaf Merlot and impatiently wait for the return of Mad Men and Breaking Bad; I faithfully attend the needs of four orchids―one can never have too many orchids; I alternately love and hate to cook; and I casually consider owning a Dachshund I'd inflict with the cliché name Wiener, all the while calculating how big of a hole will be needed later.


Include anything else you may wish to add.


Talent is cheaper than table salt.  What separates the talented individual from the successful one is a lot of hard work. ―Stephen King


Unless Publishers Clearing House knocks on my door, you'll not witness a public display from moi; I don't speak French either.  But the book release, the four years of hard work leading up to this, and the satisfaction felt holding that finished copy in my hands was the same great sense of accomplishment not experienced since giving birth to my sons.  Amazing isn't it, the things we humans can accomplish when we put uncompromising effort into something?

Note from Sylvia: You can visit my other blog at: http://love-faith-and-guts.blogspot.com/that features a preview to my new book just released, Traveling a Rocky Road with Love, Faith and Guts.

Amazing how those of us who are the same age can have such similarities in our writing. I look forward to reading this book.