Rosemary McKinley is a former history and writing teacher who began writing to both entertain and inspire others. Her book, 101 Glimpses of the North Fork and Islands was released in 2009. Her short stories, essays and poems have been published online by the Visiting Nurse Association of Long Island and in Lucidity, LI Sounds, Clarity, canvasli.com, Peconic Bay Shopper, Fate Magazine, Examination Anthology, Wormwood Press and The Poet’s Arts.


Her Y/A historical novella, The Wampum Exchange, has just been released by Dancing With Bear Publishers. 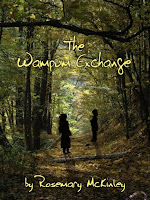 Tell us the genre of your work.


The Wampum Exchange is a young adult historical fiction novella set in 1650 America.


Why did you choose this genre for your new book?


I am a big fan of historical fiction. I think that people can enjoy what they are reading and learn about history at the same time.


How is writing this genre different from any other genre?
I only began writing professionally about eight years ago so I was experimenting with poetry, nonfiction and fiction. I think that historical fiction melds together a little of the nonfiction with fiction because I wanted my facts to be true to the era. The fun part is making up the story to reflect history.


What are some of your books and stories that have been published? 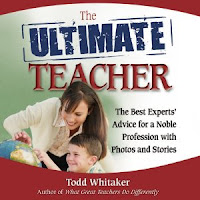 I had a humorous short story published in The Ultimate Teacher in 2009.  The story actually happened in my classroom one day. I wrote it years before it was published.


I have had several poems published online in canvasli.com and in Lucidity, Long Island Sounds 2008, and Examination Anthology.

My first book was a local history book called 101 Glimpses of the North Fork and Islands published that same year by History Press. I was asked to write it after they rejected one of my short stories, but liked my writing. Both of these books are found on amazon.com.

The story for my latest book came out of the research I was doing on the first book. I became so enamored with the history of Southold, the first English settlement in New York State that I though of a story to showcase how people lived at the time.


The Wampum Exchange is set in 1650, Southold, New York. A twelve-year-old boy has a chance meeting with a Native American boy and their worlds connect in a most interesting way. The tale is told through their daily lives, giving the reader a glimpse into life in early America. Middle grade readers, as well as adults would enjoy reading this story.


It is available at Dancing With Bear Children’sline.com, Amazon.com and B&N.


My ideas come from everywhere. Sometimes a funny thing happens to me and I have to write it down for future reference. Sometimes, something meaningful happens and I have to write a story around it. I had a story published in Whispering Angel Books about one of our pets. The topic had to do with the pet helping a person. This pet wasn’t even my dog but I had to write it. They liked it and Max will always be remembered in that anthology called Nurturing Paws.


When I wrote this book, The Wampum Exchange, I wanted children to see that even though people lived differently back then; they had many of the same concerns as today. I like Daniel, especially because he acts like a real person.


This may sound hard to believe but when my mother died, I realized that I wanted to do something other than teach. I had never really though about becoming a writer until then. I knew I had to devote more time to my writing to be a published author. I couldn’t write part time even though many people do. So I credit my mother with being my greatest influence.
I like to write in the morning after I have coffee. I am fully awake then. I am always writing either poetry or short story or article to submit. However, promoting my latest book takes up most of my time.
If you want to write and be a published author, you have to keep reading advice from other writers and use it to your advantage. I have learned so much from other writers through newsletters, such as C Hope Clark’s https://www.fundsforwriters.com.


In addition, don’t give up. Every year, the volume of rejections would discourage me. I would take a break but then keep sending my work. Years later some of the same stories were accepted. I edited and edited some more. I listened to every editor who was kind enough to give me feedback. It all paid off.
When I am not writing, I read. I have always been an avid reader and now I notice the writing more and more. I have learned from reading, as well. I still enjoy this pastime but now I am more critical of what I am looking at.

Note from Sylvia: You can visit my other blog at: http://love-faith-and-guts.blogspot.com/that features a preview to my new book that was just released, Traveling a Rocky Road with Love, Faith and Guts.
Posted by Thoughtful Reflections at 1:30 AM

I have read the Wampum Exchange and I couldn't put it down. I thought it was so entertaining and enjoyed learning about that era in time. I think this book should be in every elementary school. Children will feel like they are living in that time and learn a lot about the olden days.

Enjoyed the interview very much. I have read the Wampum Exchange and thought it was delightful and an enjoyable read.
Congratulations, Rosemary on writing a lovely book.

Enjoyed your interview, Rosemary and The Wampum Exchange sounds great!