I did not get a photo of you for this interview, but could you tell us about yourself so the readers will know more about the author behind the book?

I was born in a small town to the north of London, and I developed a love for writing and reading very early. Forty years later, I live in a different small town to the north of London, but it is not far away from the first one! That said, I went the long way around to get here, having lived and worked (in the field of education) in Australia, Egypt and Poland. I started submitting stories when I was in my teens – my very first submission was to a magazine called New Visions – and it sold. I was all of seventeen, and of course I assumed that this would happen from now on. Needless to say, it didn't. And so began my lifelong bittersweet romance with the rejection slip…


I wrote a couple of vast novels in what would now be called the genre of 'urban fantasy'. At the time, I wasn't aware of what I was writing having a genre label; all I knew was that I was deeply influenced by (and will continue to acknowledge my debt to) Stephen King and early Clive Barker. The novels I wrote didn't sell; in fact, I don't actually remember sending them out – I have always had a case of what my writer friend calls 'submitter's block – and so to me these remain live projects, some seventeen and fifteen years respectively down the line. In fact, I plan to go back to them in 2012. I'll need to cringe, I'm sure, but it doesn't hurt to read one's earlier work. Or not much, yway…
In 1997, I broke a publishing silence that had forced its way upon me and treated me ingloriously. Much to my own surprise, I started to write journalism. If you had told me a year or so earlier that that was what I would be doing, I would have measured you up for a straitjacket; but there I was, whizzing up and down the M1 doing interviews, and keeping my postman physically fit with the sackloads of review copies that were delivered to my door almost daily. It was a tough life, with very little money to spare, but it was fun. I have published approximately 600 pieces of fiction and non-fiction, including articles in reference books, academic articles, a book of short stories (Paranoid Landscapes, 2006) and a novel, O My Days (2011).
Tell us about the genre of your work. 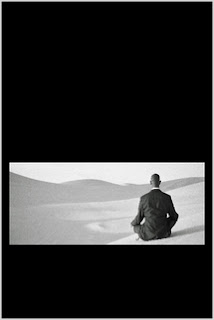 I most enjoy writing about scumbag criminals who receive their comeuppance and somewhat neurotic professionals who are thrust into weird and dangerous situations. I've been called – or rather my work has been called – Paranormal Crime and Supernatural Thriller. And I'm happy with either, but the stories in Paranoid Landscapes veer from crime to horror to comedy to science fiction. There's even a modern-day comedy of manners in there!
Why did you choose this genre?
I suppose these things happen as a result of early influences. When I was 15, on the morning of my birthday, I received Stephen King's IT as a present. I was hooked. I have been a fool for King ever since. So I suppose the horror influence is on me like a rash, even if I don't actually write much horror anymore. The most important thing to me is the creation of good language, spicy dialogue,  deft characterization and suspense. Whatever genre I am working in – and I should confess at this point my much-loved Western under a pseudonym – I aim to give the reader these ingredients.
What are some of your books, stories that have been published?
A selected bibliography is available here and up-to-date references are here. Some of the work I did for Infinity Plus is here.
Can you tell us more about your book?
The novel, O My Days, is out now from Triskaideka Books. Click here for information.
Hardcover, paperback or e-book versions available.
Great review here!
Paranoid Landscapes orders here or here or the e-book is here. Review here.
How do you come up with the names of places and characters in your books?
Well, the names of places are usually real places, so that one's easy enough. For example, I published a novella called Mia and Zoe in 2008 which was set in one of the parishes of Milton Keynes. I happened to have worked there a few years earlier, and had been struck by the difficult, challenging circumstances in which many people lived. So what did I do? I set the story in Netherfield but just imagined it a few years from now, in an environment in which everyone is terrified of the common cold and buses have three deckers to cope with the extra people who can't afford transport or even petrol of their own. Tiny extrapolations, in other words. I've never predicted far future science fiction, but something in the league of Geoff Ryman's Child Garden seemed very interesting.


The novel that is doing the rounds right now – The Parry and the Lunge – is set in Leighton Buzzard, a smallish market town near where I live. I do like to write about places I know and then twist them like wet rags. Holidays to new locations are especially fecund as material, though rarely at the time when I'm there. It's only when you're writing something about (say) ice fields and an unlikely romance between a tractor repairman on vacation and a woman who drives the snowbuses (as I am at the moment, a side project) that you suddenly realize: Wait a minute, this is Canada – this is where I was outside Banff… 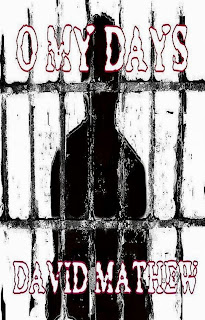 Names just occur to me and I am keen never to make a name suggest a character. I don't like that technique, you know where you've got a character and his/her name tells you too much about them. If he happens to be a lugubrious fella, don't call me Mr Grump or whatever. You can work harder than that! My leader character in O My Days was always going to be Billy. The surname – Alfreth – was a gift from fate when I was driving near Buxton in Derbyshire. It was then that I also understood that my prison had to be shifted to the north of England. I needed hills.


He's intelligent, witty, linguistically dexterous… and violent: superbad violent. This kind of Venn diagram was interesting to me. I He's an amalgam of a number of prisoners that I taught while I was working in a prison. was careful in the early stages to make him not too similar to any real person, but then later I understood that I needn't have been so cautious. From the beginning he was completely his own man. He doesn't resemble anyone I worked with in the nick. He had taken on a life of his own, and this is one of writing's joys: when you learn that you can let them go and say their own things without your authorship (or mediation). This is bliss. The character has learned to breathe – to walk, talk, fight… but especially breathe.


The main antagonist in O My Days is Ronald Dott – or at least that's the name he starts the book with (it is not his only handle by a long chalk!). He is the closest thing I think I have ever had in print to pure evil. Which is by way of saying that he is not pure evil – there is no such thing as pure evil – because he honestly believes that, despite the crimes he has perpetrated, despite the damage his appetites have caused, he has acted for all the right motives.


It is up to the reader to decide if Billy is such a good guy and Ronald is such a bad guy. I hope it will not be an easy decision, whatever the reader goes for.


What’s your favorite thing about your book?
Writing in prison language was amazingly liberating! Much of the dialogue is authentic prison slang (but easy to pick up), and the rest is what I invented for the book. Someone very kindly described O My Days as being like Anthony Burgess's A Clockwork Orange. Far too flattering, really, but thanks anyway!
How is writing in the genre you write, different than other genre?
I write in so many different genres that it's hard to answer this question. The only thing I've never tried is a straightforward romance. I'd like to one day. I even wrote a Western once, believe it or not. I loved it! It feels like a vacation when you write in a different voice; this is one of the reasons I love writing about psychoanalysis: you are forced to change your tone, your voice, your angle of attack. It's something similar (I imagine) to how actors feel when they are getting into character.
Why and when did you begin writing?
I remember writing 'What I did at the weekend'-type compositions on Monday mornings on my return to school, in Mrs Gill's class! I suppose the bug bit me then. To put it bluntly, there is nothing that I'd rather do, most of the time. And if your brain is telling you that nothing is likely to be written today, don't believe it! Move on to a different project and you'll clear the fogs.
What is your writing schedule?
I write every day, as much as other things will allow. I don't have a schedule as such. I wish I could have one, but hey ho – if wishes were changes we'd all live in roses, as Nancy Griffith once wrote.
What projects are you working on now, or plan for the future?
I've nearly finished the first draft of a novel entitled Ventriloquists. It is not about ventriloquists. It is about kidnapping, kidnappers… and the people who love them. Every character in the book is either an abductor or an abductee, of sorts. How will the one live without the other?
What kind of advice or tips to you have for someone who wants to write and get published?
Read as much as you can. Learn your craft by making mistakes. Develop a thick skin. Keep a clean nose, watch the plainclothes, you don't need a weatherman to know which way the wind blows.
Are there any other comments, advice or tips that you would give to beginning writers?
Seriously, it's a craft or skill like any other. Pick up a violin, why don't you, and see if you can make it through 'Three Blind Mice' without making a mistake. Oh, you did? Right, now try Vivaldi… Do you see what I mean? It's vulgar, really, to assume that you can pick up a pen and a pad of paper and write London Fields or the Aegypt quartet. You have to treat it seriously, not fanny about.
What do you do when you are not writing?
Read, research, play jazz, watch films, go to the pub, meet friends, eat nice food, cook, try not to smoke and usually fail.
What “Made It” moments have you experienced in life?
Every day should be a 'Made It' moment!


You can visit my other blog at: http://love-faith-and-guts.blogspot.com/that features a preview to my new book that will be released in 2012, Traveling a Rocky Road with Love, Faith and Guts.