Maryn Sinclair Announces the Debut of Her New Book, The Escort. 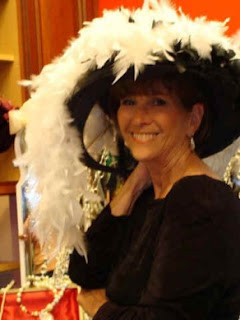 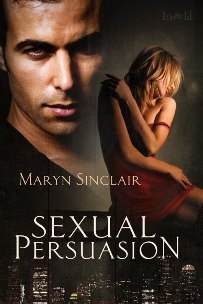 In this book, a mysterious stranger rescues Charlotte Stone from her sleazy ex-boyfriend at a museum auction. It was the same stranger that stared at her earlier with an intensity that rippled through her like a summer storm. Charlotte is definitely interested, until she learns more. Fact: Alex Andros is a brilliant attorney with one client -- the alleged head of Boston’s rackets. Rumor: He is the racketeer’s lover. Curious, Charlotte accepts his offer of a drink and is captivated by his raw sex appeal. How could this seductively masculine man be gay?
Alex knows the rumors, but he could care less. His sexual persuasion is no one’s business. He has sworn off relationships, but the lure of Charlotte is too strong, mirroring the chemistry he experienced with the man who changed the way he loved. Charlotte’s ex-boyfriend is determined to “out” Alex to win her back. However, when Alex’s old lover shows up after seventeen years, he must confess his secret to gain Charlotte’s trust, or risk losing her forever.
The Escort – Coming soon. Look for it on the Loose Id website:   http://www.loose-id.com
An unfortunate fluke of timing puts Lieutenant Colonel Daniel Harte in the wrong place at the wrong time, and it costs him his career. Caught in an Iraqi ambush while on a rescue operation, he is hit by shrapnel that damages the visual cortex of his brain. With family wealth, nothing is beyond his grasp, including the women he pays to share his nights. That suits him just fine, until he hires Annie Claire Townsend to accompany him on a mission to help the two damaged soldiers he saved in the same attack that took his sight.
Taking a job as an escort is nothing Annie ever considered until medical bills from her daughter’s illness buried her in debt. How could she refuse the ten thousand dollar fee? She has no idea her client is blind until she meets him, and his focus is off. Way off. Nothing about Daniel Harte elicits pity. He is roguishly handsome, assertive, and the sexiest man she has ever met. However, Annie has secrets she cannot confide to anyone; especially not to the man she is falling in love with.
How do you come up with the names of places and characters in your books? 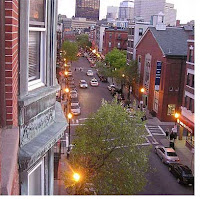 I usually set my stories in places that are relatively familiar to me. Sexual Persuasion is set in Boston, a city I know quite well.  The Escort takes place partly in Santa Barbara and partly in Rockport, on the north coast of Massachusetts where I grew up, so it is an area for which I have great affection. I have been to Santa Barbara a number of times. It is a special place too. Naming my characters is usually easy. The names just come to me. I can remember changing a name only one time in all the years I have been writing.
How did you develop the character of your protagonist in this book?
Alex and Charlotte were actually characters from an unsold novel. I had written him differently at first, but then something happened, and he took on a life of his own. I liked him because he had a great sense of self, meaning he did not care what anyone thought of him. He knew who he was, and I fell in love. By the way, I fall in love with all my male characters. If I do not, I cannot write them. Charlotte is smart and business savvy, but she has terrible choice in men. I have known many women like her, so she was easy.
What about an antagonist…is there a unique “bad guy” or a recurring nemesis of any kind?
Charlotte’s old boyfriend is the antagonist here. I originally wrote him too sleazy to live, so I had to tone him down. He is still unlikeable. I have always tried to make my antagonists have a sympathetic side if I am in their POVs, but I am never in Jack’s POV, so I could keep him relatively slimy.
What is your favorite thing about your book?
I would say how they both put their pasts behind them and learn to trust each other.
How is writing in the genre you write, different than other genre?
Erotic romance is much harder to write than romantic suspense. Both have to have a good story, of course, but erotic romance has an extra element that the genre requires. The sexual scenes should be romantic, exciting, original, and abundant to conform to the genre.  This is really hard to do and keep it realistic and not gratuitous. Most relationships start with a physical attraction. How a writer takes that spark and creates a solid bond is what makes the story interesting.
Why and when did you begin writing?
I started in 2000. I had an idea and started to type it on the computer. That was it. I have not stopped. Most of my work is under another name to keep the genres separate, but I love writing in both genres. It has been a long learning process, but I am persistent. You have to be if you want to write, because it is a tough business. Rejection is part of the development, and that is like taking a hammer to your ego.
What is your writing schedule?
I write every day, all day. Sometimes I even eat.
What projects are you working on now, or plan for the future?
I am always working on something, and I can work on more than one thing at a time. Right now, I have another idea for a third erotic romance, and I am always-polishing older manuscripts. I joke that I never actually finish a book, but it is really not a joke. I have to put them away or I am like a guy with a classic car, always tinkering, always striving for perfection. I guess that is why I never get bored writing. I will never be perfect, so the challenge is always there, luring me back to see if I can make that sentence sing.
What kind of advice or tips to you have for someone who wants to write ?
Just do it. That is my advice for anything you want to do. You may not write anything worthy at first, but getting good at something—anything—takes time and persistence. A writer is not different from an athlete. Neither excels overnight. It takes lots of practice.
Are there any other comments, advice or tips that you would give to beginning writers?
Do not get discouraged by rejections or bad critiques. They are part of the game. Sometimes you can get more from a bad critique than you do from a complimentary one. I have entered contests where the lowest score judge had the most valuable comments. If you cannot take rejection, find some other artistic endeavor.
What do you do when you are not writing?
Read, do Sudoku puzzles, and see an occasional movie. I do not watch much TV, though I am interested in politics. I love the beach and get there as much as possible.
What “Made It” moments have you experienced in life?
When my kids said they thought I was cool. After that, I guess when I got word that Loose Id bought my first book. Then, when they bought my second book; those were defining moments.
You can learn more about Maryn Sinclair by visiting her website, or contact her at:
My website: http://www.MarynSinclair.com
Email: MarynSinclair@gmail.com
Buy link: http://www.loose-id.com/SexualPersuasion.aspx
Posted by Thoughtful Reflections at 2:23 AM

Thanks for hosting me today, Sylvia. I appreciate the time and space.

Nice interview, Maryn. Having read both your books, I can say the characters and plot are what I love about them. The sex is definitely sizzling, but both are love stories about believable people. I'm so glad you took up writing!

You are more than welcome! Thank you for being my guest.