Some People March to the Beat of Their Own Drummer; I’ve got My Own Band - Says Alina Adams

I have never been very good at doing things like other people. 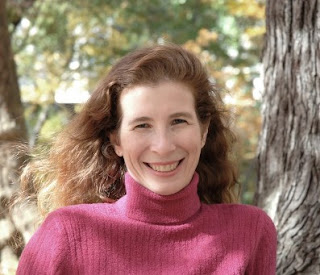 In high school, I was dropped down from an “A” to a “B” because I simply refused to change my opinion about Catcher in the Rye. I stood by my opinion that while Catcher in the Rye is a brilliantly written book and Holden Caulfied one of the best-characterized protagonists in modern literature, he is also a spoiled, judgmental, rather dim yet self-important snot who wouldn’t know what true human suffering was if he saw pictures of it on the front page of the newspaper.  (Which, considering the novel was published in 1951, included the Korean War, Stalin’s Doctors’ Plot, the “Cloud of Death” in New Guinea, nuclear testing, a 100,000 acre flood across Midwestern farmland, and the most devastating American train crash to date).
My teacher disagreed. Blah, blah, blah… misunderstood adolescent… blah, blah, blah… fragile, tortured soul… blah, blah, blah… metaphor for something or other.
Fine.  Give me the first “B” I ever got in English (and that included the year when I moved to the States and didn’t even speak English).  I still think I am right.
Growing up in a Russian-Jewish community, I had my first child relatively late – at 28.  Living in New York City and working in media, I had my first child relatively early – at 28!
I started out writing romance (The Fictitious Marquis, Thieves at Heart, Annie's Wild Ride, When a Man Loves a Woman). Next, I briefly dabbled in non-fiction (Inside Figure Skating, Sarah Hughes: Skating to the Stars). Then, I moved on to mysteries (Murder on Ice, On Thin Ice, Axel of Evil, Death Drop, Skate Crime) and then decided to try my hand at soap-opera tie-ins (Oakdale Confidential, Jonathan's Story, The Man From Oakdale).
Have I mentioned that I have never been very good at doing things like other people? And so it is with my latest project: Enhanced e-books.
Granted, other people are doing enhanced books, adding photographs, audio, video and links into their narrative. But those, as a rule, are non-fiction works, where the multimedia adds detail and color to the topic at hand.
Even when multimedia is added to works of fiction, the majority of the time, the enhanced content is still non-fiction: Interviews with the author, book trailers, maps, family trees, etc….
What I dream of doing is adding multimedia content that actually contributes and furthers the story. To that end, I am taking the five Figure Skating Mysteries that I published with Berkley Prime Crime and inserting actual skating footage (courtesy of The Ice Theatre of New York) into the text as a part of the overall experience. 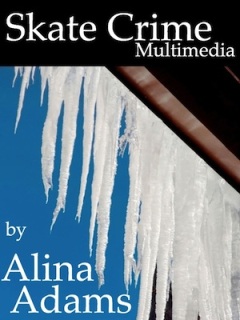 My first attempt, “Skate Crime: Multimedia” is an excerpt from the complete novel, Skate Crime, tells the story of an African-American woman who broke the racial barrier. It is based on a real-life sports pioneer, Mabel Fairbanks, her struggles and her triumphs. I took an excerpt from my final Figure Skating Mystery, and added professional videos by The Ice Theatre of New York. It's part mystery, part romance, part book, part movie, and all Storytelling for the 21st Century.
Do I have any idea what I’m doing? Not really.
It isn’t as if I have a blueprint to follow or even anyone to steal ideas from.  My best – and ultimate – judges will be the readers.  I am eager for feedback so I can learn how to make enhanced e-books everything that people want them to be – even if, right now, they don’t even know that they want them.
I am making it up as I go along, experimenting, seeing what works and what doesn’t, trying anything and everything. But, that’s alright.
You know how I am….
Alina Adams is the New York Times best-selling author of “Oakdale Confidential” and the co-author of “Jonathan’s Story.”  In addition to figure skating mysteries for Berkley, she’s written romances for AVON and Dell, as well as non-fiction.  She can be reached through her website, http://www.alinaadams.com/.  “Skate Crime: Multimedia” retails for .99 cents on Amazon (http://tinyurl.com/SkateCrime), and can be experienced view your iPad, iPhone, Android tablet or desk-top.

At age 10, I watched Lost in Space in the morning, and General Hospital in the afternoon.  By 13, I'd moved on to devouring Sidney Sheldon novels and prime-time soaps.  I wrote my first romance novel at 17.  I didn't show it to anyone, but, ten years later, I did go back and reread it.  It wasn't very good.  But, it wasn't too bad, either.

I started sending manuscripts out to publishers when I was 22, but, it wasn't until three years later that I sold my first novel -The Fictitious Marquis, a Regency Romance - to AVON Books.  My second Regency, Thieves at Heart, came out a year later.  But, deep in my heart, I missed the larger-than-life characters and tense, romantic situations I'd cut my teeth on during my soap opera and Sidney Sheldon days.  I knew I wanted to write contemporary romances more than anything.
Annie's Wild Ride, is my first contemporary romance, and, during the months I was writing it, I became obsessed with the characters.  Every song I heard on the radio reminded me of them.  Every conversation I had with friends and family was mined for lines my characters could say.  For a couple of months there, I lived their lives.

Not that my own life isn't as much fun to live in.  It's been twenty-eight years, and, so far so good.
When I'm not writing for print (fiction, non-fiction, books, magazine articles) I write and produce for television.  I put my love of soap operas to use writing E! Entertainment's Pure Soap, and working on two Daytime Emmy Award shows, as well as for ABC Daytime.  I utilized my love of movies and theater working on the opening of Broadway's Chicago, and FOX's Anastasia.  TV work has taken me all over the world, including France (that's me in front of Notre Dame in January 1997), Switzerland, Japan, Russia, and Israel.

The latter two were particularly significant for me, as I was born in the former USSR, but, being Jewish, my family high-tailed it out of there as soon as possible (1977).  The only English word I knew starting the second grade (in the middle of the year) in San Francisco, CA was 'the.'  It has proven to be a very useful word.

But, even when I could barely speak English, I was already a story-teller.  There was no way to avoid it.  It's in the blood.  All the women in my family love to talk.  And talk.  And talk.  My grandmother tells stories about long-lost relatives with details so vivid and precise, they practically materialize in front of your eyes.  My mother and aunt interrupt those stories to add details and recollections of their own, and then my cousin and I interrupt with questions.  It's a process.  And a tradition.  That's a picture of all of us talkers -- my grandmother Khana, my aunt Janna, my mother, Nelly, my cousin, Julia, and me, holding my newest cousin, Isabelle.  When this photo was taken, she hadn't yet started to talk.  But, these days, she's certainly making up for lost time (mostly English, but her dad throws a Russian word or two in there).
Now, I'm just waiting for her to learn how to read!
Check out her website at http://www.alinaadams.com/.
Posted by Thoughtful Reflections at 1:21 AM

Are you sure you aren't a character out of one of your own books? :-} I'm a storyteller too, but I blame it on my own heritage. I'm Native American, and that's a good thing.

My son was beyond his own times and his teachers stopped him in his tracks as he would spill out a few words that he was cautioned not to use until he knew their real meaning. Then he educated them on the word's meaning. Then they would apologize in front of the class. Isn't it supposed to be the teacher that teaches us? LOL

Remind me to send you a short short story about one of my muses. Yes, I have more than one. Cheers!

I enjoyed this post very much. You are obviously a unique writer. I look forward to reading your work.

Thank you both so much for stopping by.... While school and I may have butted heads at times, I'm all about education - on my own terms. Maybe that's what the teachers found so discomforting.

And what better way to educate yourself than through reading?

All the best to you!