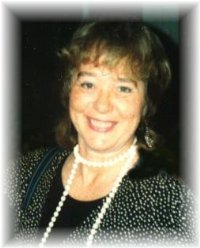 I was born in Waverly,, Ohio , the oldest of ten children. I graduated Phi Beta Kappa from Ohio University , then went to the Sorbonne in Paris . I was an editor at Prentice Hall and an editorial assistant at Woman's Day Magazine. I taught at the New School in New York , at Ohio University,  at Parker School and the University of Hawaii . I met Mother Teresa and became a co-worker and with her permission wrote two books about her work. Now have ten books for sale on Amazon.com.. “Runways,” “The Man Who Loved Funerals,” “Anais Nin, The Voyage Within:” “Along Came A Spider, A Personal look at Madness”, Alexandria ,” “Mother Teresa, Called to Love” “What Mother Teresa Taught Me.” “ Garden of Hope ,” “Dancing On Water.” “Saints of Molokai .”

When did the writing bug bite and in what genre?


I got my first rejection slip from St. Anthony Messenger when I was five years old. My grandfather typed up a story I dictated to him and we sent it out. I wrote short stories for several years and collected rejection slips. Grandfather says a rejection slip shows you are a professional writer. We write and send it out.


What goals do you want to accomplish? Is there a message?


My goal is to write about things I feel passionately about and share that passion with my readers.. My message is Life is Precious and I hold up various parts of Life to myself and my readers.

Tell us about your latest book.

Saints of Molokai is a Nonfiction narrative about the people with Hansen’s disease who were arrested, sent into exile with no prepared shelter, food, water or medicine. It tells of the Kokuas, healthy men and women who accompanied their diseased loved one into a life of isolation. It described Father Damien who cared for the exiles until he caught the disease and Mother Marianne and the Franciscan Sisters who lived in the colony until they died.


What is the hook for the book?


Father Damien was canonized on October 11, 2009.and President Obama praised him and the Congress made a resolution to celebrate him as an American Saint. Also there is an interest in National Parks and the Congress declared Kalaupapa, Molokai A National Memorial Park.


How do you develop characters?


I made a mixture of all the interesting people I know who remind me of the character in my head. It may be a movie star, a friend, a character from a book or play. As I write the characters take on their own personality and characteristics.


Who is the most unusual/most likable character?

My favorite fiction character from my own books is Charlie The Man Who Loved Funerals.


Almost all of the action comes from the nature of the characters. The conflicts, the relationships, the happiness and sorrows.


What is your writing style? Preferred Point of View?


My style is to use the shortest strongest words. I want my work to be easily read by young adults and be interesting enough that everyone will want to read it. I like to write Third Person Limited.


How does your upbringing/environment color your work?


I was raised Roman Catholic and growing up with 9 brothers and sisters I learned early to love and forgive, to have compassion and passion, that helps me understand all kinds of people.

What was your best review?

“This is an important book. Nowhere else have I seen the theme of the runaways treated as thoroughly, honestly, unflinchingly. It is important because it not only describes the various stories fully, but because it offers suggestions for improving a tragic situation.”


Where can we learn more about your books and events?


My web site is www.authorsden.com/maryanneraphael.


All my books are for sale on Amazon.com

Note from Sylvia: You can visit my other blog at: http://love-faith-and-guts.blogspot.com/that features a preview to my new book, Traveling a Rocky Road with Love, Faith and Guts.

You're one of the person which grew really fast. Usually, it took a lot of time to work and be successful in life.

I found this article on Maryanne very interesting. I have read much of her work & it is truly inspirational & always interesting. Thank you for the info about her.