Chatting with Melissa Ridenour about Her Book,What Would You Do? A Kid’s Guide to Staying Safe in a World of Strangers, and Why it is Important 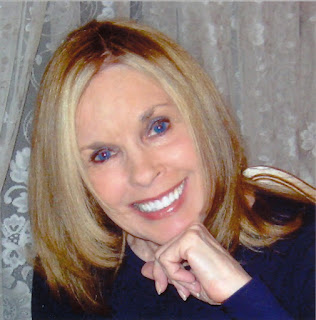 The concept of “stranger” is difficult for children to understand. What Would You Do? A Kid’s Guide to Staying Safe in a World of Strangers explains to children the concept of strangers in a very kid-friendly way.
The interactive format of multiple choice solutions to potentially dangerous situations involving strangers creatively engages both children and parents and presents effective strategies for taking precautions and staying safe. Games and puzzles in the book reinforce the lessons learned. A chapter for parents presents tactics for reassuring their children and protecting them from potential threat. My book is targeted to elementary students, but, ideally, it is meant to be a shared experience between parent and child, and between student and teacher.
What Would You Do? A Kid’s Guide to Staying Safe in a World of Strangers debuted at Book Expo America in New York City in May, 2011. It was very well received there, particularly among parents, grandparents, teachers and librarians who wanted the book for their children or as a reference tool for schools and libraries.
Why did you choose this genre?
I chose to write What Would You Do? A Kid’s Guide to Staying Safe in a World of Strangers for a couple of reasons. According to the most recent statistics from the Center for Missing and Exploited Children, 79% percent of abductions are committed by strangers and 21% by acquaintances. Unfortunately, the following statistics are even more alarming: Forty percent of children in stereotypical kidnappings, that is to say, kidnappings by non-family members or strangers, are killed. Four percent of the children are never found.  The Center also claims that 75% of adults fear that something similar could happen to their own children.  I always had that fear.
Another reason for writing a book on such a subject begins with a traumatic memory from my childhood. When my best friend and I were mere children, I awoke one school morning to my mother having to explain to me that I wouldn’t see my friend in school anymore. She explained to me, as gently as she could, that my friend had been abducted, raped, and murdered the evening before. That was a difficult thing for me to understand at that age.
As a child, when I would walk to school, I would have to pass the spot where my friend’s body was discovered. I remember for the longest time running, terrified, past that spot each time. Adding to the tragedy of the story is the fact that her mother, the next year, committed suicide by hanging herself. She was never able to cope with the loss of her daughter, especially in such a violent way.
That haunting memory has always affected me, even as I became a mother myself. One of my greatest fears as a young mother, and even now that my children are grown with children of their own, is that something similar could happen to my children or grandchildren. That fear, combined with the alarming statistics regarding missing and exploited children motivated me to write a book that would teach children to take a pro-active role in staying safe from abduction, and to help parents and other care givers learn how to keep children safe from abduction or harm. 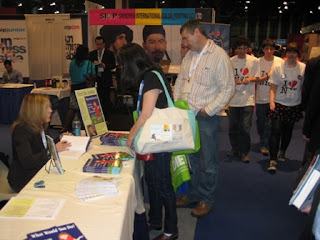 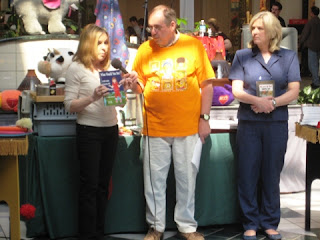 What Would You Do? A Kid’s Guide to Staying Safe in a World of Strangers is published by Headline Kids (a division of Headline Books, Inc – a small, independent, but award-winning, publishing company). http://www.headlinekids.com/. The ISBN is 978-0-938467-11-3. My book can be found on the publisher website, Amazon, Barnes & Noble, Books-A-Million, Ingrams, Follett, and Baker & Taylor.
Do your books have a teaching objective?  If so, what is it?
My book is meant to empower children. The objective is to teach children to take a pro-active role in staying safe from abduction, and to help parents and other care givers learn how to keep children safe from abduction or harm.
What is your favorite thing about your book/s? 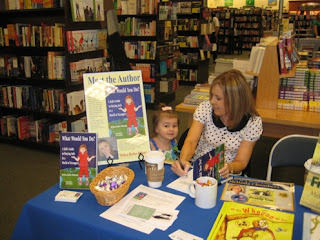 The favorite thing about my book is the reassuring way it explains the concept of strangers to children so that they learn whom they should and should not trust without becoming frightened or distrustful of people in general. I also very much like the interactive format of the multiple choice solutions to twenty different threatening scenarios (both at home and in public places) that could face children from potential abductors.

Is your book illustrated?  If so, would you tell us by whom, and if you worked with an illustrator, can you discuss that experience?
Yes, my book is illustrated. My illustrator is Leslie Fehling, a skilled artist and acquaintance of mine. We collaborated on our vision for the illustrations.
How is writing in the genre you write, different than other genre?
My book took much research and documentation. I wanted to be certain that all the information presented was factual and all the strategies presented in the book were sound ones recommended by law enforcement.
Are there any problems in getting children’s’ books published?
The submission process is excruciating. It involves much time and effort to effectively sell an idea or a book to a publisher. It involves many instances of rejection as well.
Why and when did you begin writing?
I have always written. Even as a child, I used to make up silly little stories and write them down for my family to read – whether they wanted to or not.  I also taught creative writing and research and writing as a Language Arts teacher. I didn’t start writing professionally until I retired from teaching.
What is your writing schedule?
I try to get writing done every day. From mid-morning to late afternoon, I am either working on new stories or trying to keep up with my required number of web articles that I write for Suite 101 and other websites. Actively promoting and marketing my new book has cut into my writing time somewhat.
What projects are you working on now, or plan for the future?
In addition to my freelance writing, which is a consistently on-going process, I am currently working on a new children’s fiction book that has to do with the theme of bullying.
What kind of advice or tips to you have for someone who wants to write and get published?
Publisher rejection slips are painful to both experienced and inexperienced writers, but publisher rejection comes with the territory. My suggestion is that writers should not take publisher rejection personally, keep writing and submitting, and don’t despair. They are in good company. Some very famous and successful writers have received their fair share of rejections and unfavorable reviews. Lewis Carroll’s Alice’s Adventures in Wonderland was referred to by critics as “a stiff, overwrought story”. Jane Austen was reviewed as “a husband –hunting butterfly”. A critic called Charles Dickens’ A Tale of Two Cities “a dead pull from start to finish”.
Are there any other comments, advice or tips that you would give to beginning writers?
Just write, write, write! After writing something, put it aside for a time, and then come back to it later and read what you have written. Often that gives a fresh perspective to your writing and, most usually, results in editing and rewriting until you are satisfied with your finished piece. Oscar Wilde once said, “I have spent most of the day putting in a comma and the rest of the day taking it out.”
What do you do when you are not writing?
I read, enjoy movies, and getting outdoors for recreational activities, such as tennis and rollerblading. I enjoy less rigorous outdoor activities too. Just taking a walk alone on a beautiful day is as enjoyable as anything. I like to think when I walk. I often come up with story ideas while walking.
Anything else you would like to add? 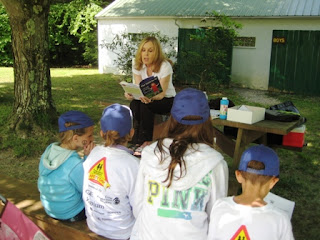 I recently taught the stranger safety portion of a safety day event held by the Progressive Agriculture Organization at a 4-H camp. I taught 9 different 15 minute sessions as the groups of children rotated from one type of safety session to another on 15 minute intervals. In each of my nine sessions that I taught, I had students role play a scenario in which one child played the role of a stranger and one played the role of a child playing in the park. The stranger was to approach the child and tell the child that he had lost his dog somewhere in the park and was to convince the child to help him find his dog. About 50 % of the time the child in each of the role playing sessions agreed to help the stranger find his dog in the park. Of course, I explained to the children why agreeing to do so was not a safe choice. Lesson should have been learned, right?! However, the organizers of the event, after my having already conducted each of the role playing scenarios involving the stranger, the child and the lost dog, had a man approach the group from behind and ask one of the children in each session to help him load some things in his truck. Only 4 out of 9 children passed that test.
So, the point that I am making in relating to you the story about the role playing test, is not only to highlight the general naivety of children in such situations, but also to illustrate the fact that the lesson didn’t take with just one teaching. Some research has shown that something must be heard seven times before it truly sinks in – sometimes even with the smartest of individuals. That is why it is important that my book, What Would You Do? A Kid’s Guide to Staying Safe in a World of Strangers, is ideally shared between parent and child / teacher and students. Parents and teachers can help their children practice the strategies learned and reinforce the information from the book that the children need to remember to stay safe.
What “Made It” moments have you experienced in life?
My “Made It” moments include my graduation from WVU with my Masters, the birth of my children and grandchildren, the very first time that I got a piece published – a poem in a literary magazine, and, of course, finally getting my first children’s book published. Add your web site, blogs, and links here.
My book website: Melissa Harker Ridenour Books at http://www.authormelissaharkerridenour.com/
By new Child Safety Blog: http://childsafety-melissa.blogspot.com/


From Sylvia:  My book blog link is: