Sandra Shevey Announces Her Book, The Marilyn Scandal, Now Available as an eBook! 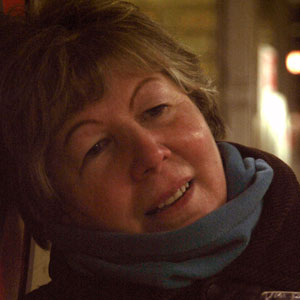 Sandra Shevey is a film feminist who penned the seminal `Down With Myth America` for the New York Times in 1970.  Shevey, a British Film Institute Associate Tutor, resides in London where she lectures on film at galleries, museums and theatres and where she runs experiential walks around Alfred Hitchcock locations, Miss Marple sites, London`s ancient markets and Charles Dickens associations.
Shevey, age 68, has been writing for over 45 years.  Her magazine/newspaper interviews which appear around the world include Alfred
Hitchcock, Shirley MacLaine, Walter Matthau, Jack Lemmon, Jane Russell, Jane Fonda, Peter Falk, Jeff Bridges, Stockard Channing, Candice Bergen and others.  Shevey has released a CD `Ten of the Best`, which contains interviews with Hitchcock, Lemmon, Russell and others.
Shevey has authored biographies about John Lennon (`The Other Side of Lennon`) and Marilyn Monroe (`The Marilyn Scandal`)  Shevey interviewed Lennon in 1972 for 12 hours (New York City)  `The Marilyn Scandal` is now in release as an e-book.
Commodification of culture is Sandra Shevey`s specialism and as well as celebrities she profiles ancient street markets in transition.  Her blogs appear online at Visit England, All in London, Travelbite, Where and Now and others.  Her documentary about saving London`s old street markets has been award-nominated.  It was produced in 2007 and was conceived by Sandra who also wrote, narrated, directed and produced.
Genre of work: Biography, feminism, and commodification of culture
Why?  I am interested in the economics behind psychological motivation...people as products/markets as products...redevelopment of identities/cultural transitions/what we were/what we are/what we will become.

Some about the book: `The Marilyn Scandal` is the only authorized biography of Marilyn Monroe and I was asked to write it by her colleagues.  The book is also unique in that it has been written by a Hollywood insider from an outsider viewpoint.  Starting my career in the Sixties I knew Milton Greene, John Springer, Rupert Allan and others independent of Marilyn and thus was able to make certain assessments as to the veracity of their comments.
The book also contains firsthand interviews with Dr. Ralph Greenson and Colin Clark (way before he invented his own take in `My Week with Marilyn`) Actually Colin was deputized by Olivier to look after Marilyn`s `crazy mother` who was not dead and who accompanied the Millers to London whilst Marilyn was filming `The Prince and the Showgirl`.
Want to know how to get a copy of the eBook, contact Sandra at  sandra_shevey@yahoo.com .

Ideas?  Who knows?  I just see things...I reconstruct the obvious.  This is genius.
Favorite things...walking...looking at architecture...perceiving what it would have been like....eating....reading... travelling....
When and why writing: I started writing because I was star struck and wanted to meet film stars.  It turned into something else though possibly because I saw the transparency of film stars.
Influence: Alfred Hitchcock, Irvin Kershner my godfather....I owe a lot to Kersh who died last year.  Two big mentors went.  My own father died age 105 in 2010 and Kersh died in his eighties in 2011.
Big moments: Publication...half page spread in `Arts and Leisure` New York Times 1970 `Down With Myth America`.  Like Lord Byron with his maiden speech in the House of Lords, I went to sleep and awakened famous.
Schedule: I write about 1,000 words every single day.
Projects: to publish a compendium of my blogs about vanishing street markets around the world...selling foreign language rights (to the Chinese) to `The Marilyn Scandal` which is now an e-book....publishing the unpublished interview with Alfred Hitchcock `Alfred Hitchcock and the Writers`....publishing an ikon series of all my celebrity interviews numbering over 500.
Big question: Why am I blacklisted?
Leisure time: networking...lots of it in London...two parties every night...meeting up with the mates...

Now that Sandra has told her story, I felt as if I should add some of Sandra’s achievements during her fascinating career.
2009-2011- Regular blog for Travelbite UK on conserving ancient street markets worldwide....the blog has been nominated for a George Orwell Award.
Arts blogs online for Artshub UK and Film and Festivals.
Awards: Entry at Wikipedia; shortlisted for 2010 Haymarket publishing awards (editorial/events); documentary shortlisted for London Metropolitan Archives 2007 award- screened at 2010 London Festival of Architecture
1970s: Hollywood Press Women`s award for article on Hilton Hotels, Barron Hilton
1968-2009- Hollywood Oral Historian:  Sandra Shevey has been a Hollywood oral historian since 1968 when she began a marathon series of interviews about image-making and identity and the ways that stars were manufactured by the studios.  To date Sandra has interviewed over 500 major stars including Alfred Hitchcock, Joan Blondell, Jane Russell, Peter Lawford, Myrna Loy, Shirley MacLaine, Dustin Hoffman, Jon Voight, Stockard Channing, Lauren Hutton and many others.  Her articles have appeared as `cover stories` for magazines and newspapers in the USA and elsewhere including `The New York Times`, the Metropolitan Newspaper Syndicate, `Playgirl` magazine, `Harpers Bazaar`, `The Ladies Home Journal`, etc.
1972-1975- Lecturer: Following publication of her feminist film piece, `Down With Myth America`, Sandra pioneered courses on ethnicity and feminism in cinema at NYU, the University of Southern California and elsewhere.
1968-2009- Travel Writer: Sandra has profiled travel for the English Tourist Board, the British Overseas Press Service, Qype, All in London, 50Connect and `Live in London`.  She has a keen concern for sustainability and opposes the globalization of native culture.  Her online blogs for Travelbite UK about commodification of  local food and culture have been nominated for the 2011 George Orwell Award.
Sandra has produced a documentary about the old London markets entitled `London`s Ancient Markets: Their Fight for Survival`.  (http://sandrashevey.tripod.com/)
1985-1990- Biographer: Sandra has authored biographies for Sidgwick and Jackson about Marilyn Monroe (`The Marilyn Scandal`) and John Lennon (`The Other Side of Lennon`)  Rights to both books were reverted to the author in the Nineties and in 2007 she reissued `The Marilyn Scandal` via Sandra Shevey Books. The new edition has a new cover, an updated introduction and an appendix of letters from those interviewed (all with Sandra`s notations and observations at times of interviews).
1990-2009- Courier:  Sandra currently runs a company specializing in walking tours around London including the Alfred Hitchcock walk www.geocities.com/sandra_shevey/hitchcock.html) and  London street markets walk (www.geocities.com/sandra_shevey/classic_tan3.html) In 2011 she added The Agatha Christie Chocoholic Walk and Dressing the Set: Stately Homes Film Locations.
BFI Associate Tutor: Sandra lectures about cinema at the National Portrait Gallery, the V&A, the Barbican Cinema and the St. Martin`s reference library where she also curates film exhibitions. To date she has produced exhibitions about `Material Hollywood` and `Alfred Hitchcock`s London Odyssey`.  All exhibitions are linked to sound bites from her oral history celebrity archive.
If you would like to read an introduction to her book, click on the link below.
http://www.scribd.com/doc/76711591/MarilynMonroeScandelIntroduction
You can contact Sandra at: sandra_shevey@yahoo.com

If you enjoyed this blog, check out my other blog that is introducing my new book, Traveling a Rocky Road with Love Faith and Guts. http://love-faith-and-guts.blogspot.com/
Posted by Thoughtful Reflections at 6:22 PM

Sandra Shevey is a world-class crackpot who posts the most extraordinary delusional comments on YouTube.