If You Like Detective Stories, You May Want to Read Dennis Collins' Books 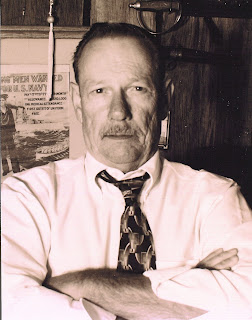 My professional life was spent in automotive engineering where I enjoyed a rewarding forty-year career.  I have always had a taste for adventure and risk taking spending my idle hours flying airplanes, skydiving, scuba diving, motorcycle racing, and over thirty years of professional automotive powered hydroplane racing.
My first publishing credit came as a complete surprise when an article that I wrote for a powerboat racing club newsletter found its way onto the desk of the president of The American Power Boat Association and he submitted it to Propeller Magazine. My first novel The Unreal McCoy was self published and surprisingly successful. I was able to follow up with Turn Left at September published by Behler Publications, a small mainstream publisher in California. Both titles have been converted to electronic format and are now available through Amazon’s Kindle. The next book The First Domino is now also available on Kindle as well as Nook. My Short story, Calvin was a finalist in a contest sponsored by Futures Magazine.  I am a co-founder of the Huron Area Writer’s Group in Huron County Michigan and I write a bi-monthly column and review mysteries for www.myshelf.com.
Why did you choose this genre?
I grew up reading the Hardy Boys Mysteries and then moved on to Mickey Spillane. I have read many of the old masters like Raymond Chandler and Erle Stanley Gardner as well as the young guns like Michael Connely and Dennis Lehane. I was hooked early and stayed hooked.
Tell us about your books.

My first book The Unreal McCoy introduces my trio of main characters as they uncover a major jewelry theft and insurance fraud ring.
Detroit Police would rarely be described as 'Guardian Angels', but detectives Albert McCoy and Otis Springfield become exactly that to a rookie private investigator.
When Michael O'Connor's inexperience and lack of 'street smarts' lands him in the hospital unconscious from a brutal beating, McCoy expands his investigative role to include filling in the gaps in the ex-insurance investigator's real-world education.
The attempt to find the man who attacked O'Connor exposes a previously unknown insurance fraud and jewelry theft ring masterminded by a ruthless murderer. The trail takes the trio from the streets of Detroit to the north woods of Michigan where a crucial piece of evidence is discovered that points to a most unlikely suspect.
It is out of print but has been resurrected in the Kindle format over at Amazon. Sometime soon, I expect it to be available in Barnes & Noble’s Nook format as well.

Turn Left at September - Detroit Detectives Albert McCoy and Otis Springfield are up against a sociopath with a genius I.Q. who is offing people at an alarming rate.
A resolute intimidator, Billy Bones is not about to relinquish his power over his network of drug dealers, especially young Monica Wilson.
When Monica finds an opportunity to sidestep into showbiz, she makes the break from her shadowy past. As her fresh new style as a singer sends 'Monica and the Nephewz' sizzling up the pop charts, Billy slithers into the scene demanding what he considers his share. His inhumane warnings leave Monica frightened not only for herself, but also for anyone connected to her.
Follow Detectives McCoy and Springfield through a minefield of death, murder attempts and destruction as they pursue Billy Bones to a northern Michigan ski lodge/casino as he seeks to exact painful justice and revenge on his quarry.
It can be bought wherever books are sold, and it is also available on Kindle. It should also appear on Nook soon.  This book follows a young woman as she tries to shake her drug dealing past and stand in the spotlight as one of the country’s fast rising singing sensations. 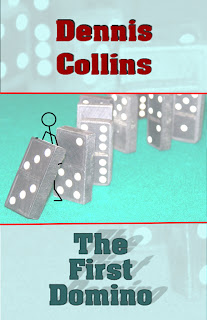 My newest book The First Domino has made its debut in electronic format, and it can be purchased form Amazon or www.barnesandnoble.com for the Kindle, Nook, and other electronic reading devices including your home computer.
Joe Pellerito thought he could murder his way into the mob. The son of a high-powered Mafia lawyer and negotiator, he assumed that he would be welcomed into the Family. When Joe’s father died of cancer, he waited anxiously for the invitation to join the ranks. However, the call never came. Feeling shunned, Joe devised a plan to show his dedication and fearlessness. From a list of Detroit cops, who have been problems for the syndicate, Joe chose three candidates and pulled off a string of three brutal murders in less than two hours on a bright spring morning.
The philosophy of the mob has moved into the new millennium and has all but abandoned confrontations with law enforcement. Joe’s actions threaten to undo the progress that took two decades to build. The problem of Joe Pellerito must be addressed.
With a price on his head, Joe is forced to flee and tries to hide in Italy where he attempts to gain a completely new identity.
The diligence of Detroit Police detectives Otis Springfield and Albert McCoy helps them sniff out Joe’s trail, but the mob has its resources as well and soon the race is on to see who can get their hands on Joe first.
All of my books are attractively priced at $2.99 for the electronic versions.
How do you come up with the names of places and characters in your books?
Up to this point, the names of my characters are virtually plucked out of the air but I am beginning to see people requesting that their names be included in my books. I am not entirely sure how safe that would be for the author.
How did you develop the character of your protagonist in this book?
That is an interesting question. Originally, I wanted to create an anti-Mike Hammer, a private detective that was not the hardest drinking, chain smoking, and toughest street fighter in town. I came up with Michael O’Conner. The problem was that he got beat up so badly in the first chapter of the first book that I knew he would need somebody to sort of watch over him. I introduced Detroit police detectives Albert McCoy and Otis Springfield to fill that void.
What about an antagonist…is there a unique “bad guy” or a recurring nemesis of any kind?
So far, none of my bad guys has survived the final chapter but I suppose someday I could let someone slip away. Seems kind of sneaky though, like tricking the reader into buying the next book.
How is writing in the genre you write, different than other genre?
It gives me the chance to allow good to triumph over evil all the time.  If I wrote true crime that would not always be the case.
Why and when did you begin writing?
I have been writing stories as long as I can remember. I never seriously thought about writing a full-length novel until one of my stories unexpectedly got picked up by a national magazine and became a featured article.
What is your writing schedule? 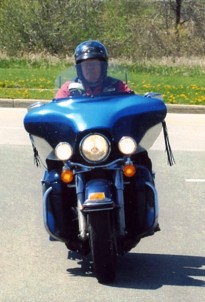 With a sugar sand beach in front of my house and a big Harley in the garage, I write when it rains… and in the winter.
What projects are you working on now, or plan for the future?
I actually have two projects currently working and a rough outline for a third. One is about gold treasure at the bottom of Lake Michigan and the other is about Bull Sharks in Lake Huron. I will be hanging around Michigan for at least the next three books.
What kind of advice or tips to you have for someone who wants to write and get published?
Write about something that you like.  Keep writing, rewriting, and refining until you have the best product that you can create. Don’t be afraid and don’t ever give up. Join a writer’s group, attend seminars and conferences. Network yourself and keep smiling.  The publishing world is currently undergoing unprecedented changes that are bound to bring new opportunities. You want to be ready when you hear that knock on your door
Are there any other comments, advice or tips that you would give to beginning writers?
Listen to established writers but believe in yourself.
What do you do when you are not writing? 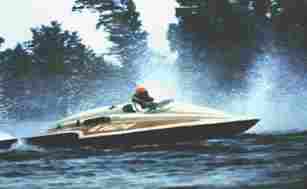 Mostly I’m a beach bum and scooter trash. However, I write book reviews and a bi-monthly column for www.myshelf.com, a literary website, and I am the co-founder of the Huron Area Writer’s Group. I am retired from a career in manufacturing engineering.
What “Made It” moments have you experienced in life?
Having “Made it” is an ongoing process.  I wouldn’t want to feel as if I can stop trying. I want a “Made it” moment with each one of my projects. To me, one of the highest compliments I can hear is, “I read your book in one sitting.” I have been fortunate enough to hear that about every one of my books.
Posted by Thoughtful Reflections at 1:13 AM