Chatting with Delin Colon about her book, Rasputin and The Jews: A Reversal of History 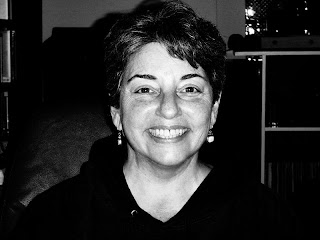 Hello! My name is Delin Colón. Born exactly halfway through the 20th century, I grew up in a small artists’ colony, Roosevelt, NJ, just an hour from New York City. That atmosphere certainly imbued me with an appreciation of the arts. I began writing poems and short stories at the age of 8, and throughout my secondary and university schooling, contributed to and edited various literary magazines.  My undergraduate work was in French; my graduate work was in Clinical Psychology. I’ve worked as a researcher, technical writer, artists’ model, proofreader, waitress, Playboy bunny, psychiatric counselor and owner of a construction company, as well as an agency that matched writers with clients.


My philosophy about places I’ve never been is that you can’t really get to know them until you’ve lived there and met the people. As a result, I’ve lived in New Jersey, Maryland, D.C., Florida, Montreal, northern and southern California (San Diego and Eureka), and now coastal Washington state.  After 45 years of moving around, I think it’s out of my system and I’ll stay put here in the Pacific Northwest.
Looking back at my life so far, there are certain ironies that strike me, contrasting my early flower child days with my current middle age. I went from taking acid to taking antacid, an analogy that pretty much sums it up.
Tell us about the genre of your work.
I’ve always loved doing research and seem to be obsessed with historical research, especially concerning Jewish history.
Why did you choose this genre? 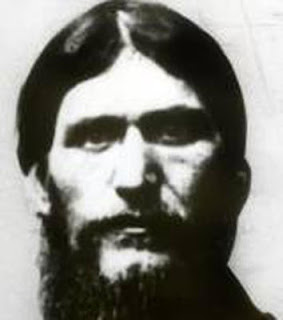 I think the genre chose me, rather than the other way around.  While it’s widely known that Jews have, throughout history, been scapegoated, their plight tends to fall between the cracks in historical accounts. For example, in my book, “Rasputin and The Jews: A Reversal of History”, before discussing Rasputin’s aid to Jews, I detail the oppressive conditions of Jews in Tsarist Russia.  Generally, histories and stories concerning the era of the last Tsar discuss the opulence of the aristocracy, the brutality of the murder of the royal family, and the Revolution. But, few ever note the tsarist regime’s brutal treatment and slaughter of entire populations of Jews. The imprisonment and murder of the Tsar’s family, in the end, was no different than what vast numbers of Jews suffered under Romanov rule, for centuries.  Well, there was a difference: generally, Jews were tortured before being murdered.
How is writing in the genre you write, different than other genre?
The wonderful part of writing historical non-fiction is that the characters and plot already exist. There is nothing to fabricate. The research is the most time consuming aspect, but if you have a love for this kind of detective work, as I do, it’s a pleasurable and inspiring pastime. Once the research information is structured and organized, the work practically writes itself. I have to say that I have the utmost admiration for fiction writers (a genre I have attempted), who have to start from scratch, creating the characters and plot out of thin air.
What are some of your books, stories that have been published?
“Rasputin and The Jews: A Reversal of History” – ISBN 978-1461027751 is on Amazon, in both paperback and Kindle: http://www.amazon.com/gp/product/1461027756


It’s also at Barnes & Noble, both in paperback and Nook: http://bit.ly/wC5OcR  and can be ordered at any other bookstore. 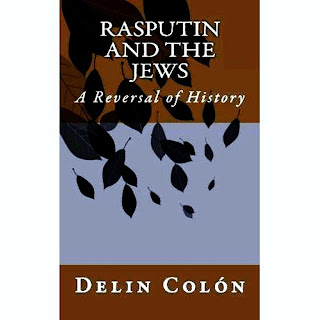 The book describes how Rasputin was vilified by the rabidly anti-Semitic aristocracy, bureaucracy and clergy for advocating equal rights for the oppressed Jews, as well as taking an anti-war stance in an era of war mongering. Included are specific cases of Rasputin’s aid to Jewish groups and individuals. The political interference he is often accused of concerned his efforts to appoint cabinet members who were for equal rights for Jews and who would be against war.  The debauchery he was charged with was found to be unsubstantiated and quite hypocritical. The very aristocrats who accused him of drunkenness and womanizing consumed French champagne and vodka by the case, and were rife with venereal diseases themselves, due to their own promiscuity.
My website discussing the book and its background is: http://therealrasputin.wordpress.com/


My current project is a book containing true stories from the Pale of Settlement, the ghetto between the Black Sea and the Baltic Sea that most Jews in tsarist Russia were confined to.  I’ve been reading journals, memoirs, autobiographies and biographies, as well as family histories people have sent me. It occurred to me that one account of a person’s life in such an adverse setting may give a taste of the time, era and conditions, but given many accounts, one gets a view of a collective experience, and an understanding of how widespread it was.
Where do you get your ideas for writing?


Much of it is from my own family history and the stories that I’d been told.  Among other things, I was told early on, that my great-great uncle was Rasputin’s secretary. It was only later in my life, doing searches, that I discovered his out of print memoirs in French which, fortunately, I can read. What stunned me about the memoir were the myriad accounts of Rasputin’s humanitarian efforts for the poor, the peasantry and the Jews. While a few other authors have tried to rehabilitate Rasputin’s image, none had really been successful. I felt compelled to try and spent a dozen years digging up substantiating research.


What is your favorite thing about your book?
It’s righting a historical wrong. It’s about the powerful writing their side of history, rather than the common man, and having that point of view pass as the only one.  It’s unique. While there have been more French authors (or Russians writing in French) than English-speaking ones who have tried to vindicate Rasputin, apparently, they haven’t been taken very seriously, which is unfortunate.
Why and when did you begin writing?  Is there any one person who had a big influence on you or encouraged you to write?
I began writing at the age of 8. I was in the hospital, recovering from an appendectomy, which in 1958 was not as simple as the ones they do now.  I started writing about my hospital stay and the other kids in the room and their stories. I wrote poems as well.
While I was encouraged by teachers, parents and writing mentors, my motivation to write was so great that it was nearly obsessive and needed no stroking.  I’m a bit of a recluse and generally share nothing I’m working on until it’s complete. For me, writing is a very solitary process that doesn’t require a support group, although it is always nice to meet a kindred spirit who’s doing what I’m doing.
What is your writing schedule?  What atmosphere do you need to write?
I don’t really have a schedule. Most of my time is devoted to research, so I read for several hours a day, often marking passages and taking notes as I go.  Of course, the research is never completely done because there’s always something else to read on a subject, but when I feel I have enough convincing evidence to substantiate my premise, I put each event or piece of information onto index cards. I organize the index cards reflecting my outline, the structure and flow of the book. Writing is the final part for me, linking together all the information, so that each section segues logically into the next.
I can pretty much write anywhere, but I generally do it on my dining room table, which we never use for eating anyway, because I need the space to spread out my index cards, reference books and my writing pad.
What projects are you working on now, or plan for the future?
I actually have several ideas brewing at the moment, but the one I’m currently working on is about true stories from the Pale of Settlement, which I mentioned earlier. In addition, I also have the diaries of my great grandfather who was one of the pioneer settlers of a town in Israel, in the late 19th century, and I’d like to write about him. I’d also like to rewrite “Rasputin and The Jews” into a screenplay, which would be timely considering that the 100th anniversary of Rasputin’s death is five years from now.
What kind of advice or tips do you have for someone who wants to write and be published?
I’m always loathe to give advice to other writers because I believe each has his or her own idiosyncratic approach to the process, and so much is intuitive.  The only thing I know is that you have to love what you’re doing – with a passion.  I would recommend not discussing the work, except perhaps with a mentor, editor or critiquing group (not family members or friends), so as not to get sidetracked, until the work is completed. You also have to ban any thoughts or worries about the publishing, marketing and promotion while you’re in the process of writing. That can be distracting enough to prevent you from being completely absorbed by the task at hand. Once the work is done, there is plenty of time to attend to the business of writing. Process first; business second.
Are there any other comments, advice or tips that you would give to beginning writers?
Unless there’s total conviction and security (or divine inspiration) in what a beginning writer is doing, I would recommend belonging to a writers’ group, led by someone experienced in the field, because the critiques can be invaluable.
What do you do when you are not writing?
Generally, when I’m not writing, I’m reading.  I also do minimalist collages, which affords a pleasant and relaxing break from intellectualism. I see certain images in dreams, then translate them onto paper.  My art website is at: http://delin-colon.artistwebsites.com/
What “Made It” moments have you experienced in life?
That’s an interesting question.  I’ve been very fortunate in my life and have had a number of life changing experiences that have caused me to shift perspectives, from time to time.  In fact, I’ve noted that those events seem to occur about once every seven years.  I don’t know the significance of that, if there is any.  To me, “made it” implies static events and I see life more as a progression, a continuum, with one event building on another.  I’m basically a lazy person and if I ever felt that I’d “made it”, there would be little impetus for me to move on and do anything else.  I’d probably just put my feet up and drink one Harvey Wallbanger (a screwdriver with a shot of Galliano) after another.  So, I have to see myself as not having made it, to maintain a degree of humility and to have the motivation to strive for further self-expression.  I hope that makes some sense.