Behind the Scenes with Deb Lucke, Artist and Children's Book Author 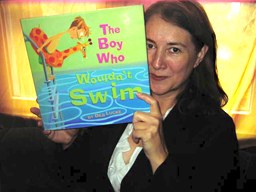 Deb Lucke is a writer and illustrator of children's books that portray bad behavior and horribly embarrassing incidents. Since her own childhood had plenty of both, she is never short of material.

Prior to getting involved in children's books Deb worked with many talented people in advertising from whom she learned how to trap and snare an idea. She also studied filmmaking, which influenced the way she visually tells her stories. She finds camaraderie in a group of children's book illustrators that meets in the Hudson Valley and a group of writers that meets in New York.

She spent her childhood in Cincinnati, Ohio.  After high school, she attended an art school/college in Storrs, Connecticut.  After college, Deb began her design and advertising career in Boston, Massachusetts, and later moved to New York City where she accepted a higher position in advertising.  Later she moved to the Hudson Valley to begin her career writing and illustrating children's books.
Why did you choose this genre?
I worked as an Art Director in advertising for many years.   While I was in this position, I was teamed with a writer. Together we produced concepts for commercials and print ads. Somewhere in during that time-period, I started coveting the writer's job.  Because of this desire to write, I took classes in short story and screenwriting writing; however, the result was writing children's books instead.
What did you learn from your years in advertising that has helped you as an author?
Working in advertising taught me how to take something a synapse fired off in the back of my brain and turn it into a really good story. It might be a story about why you need this consumer product, but it was a story nonetheless.
Day in and day out, I would be locked in a small office eyeball to eyeball with a writer until one of us would have a moment of inspiration on how to communicate whatever product advantage our product had. Then the other person would say, "Oh that's great!" and describe something that was not what the first person said at all. However, it would be better.
As we worked on a project, we would build off each other until it seemed like we had a really good idea. Then we'd pound it into a script [for a 30 second spot] with a beginning, middle and end that left the impression we wanted it to in the viewers minds and did so a way that was at least as entertaining as what the hugely talented and hilarious team that sat in the office down the hall did.
I learned to trust the creative process. I learned that some ideas come easy, some ideas take years to develop, but some curl up and die. You sit down, do the work, and something comes through.
Can you tell us about your books, and where we might find them?
Seezenesia:  It was published by Clarion Books in 2010.
ISBN #978-0-547-33006-8 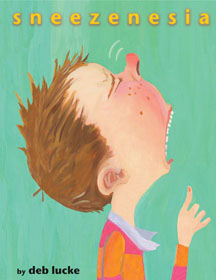 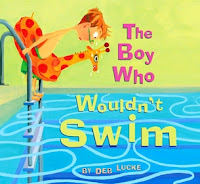 It was so, so hot that summer that all of Clermont County practically lived at the pool. Everyone in Eric Dooley's family was in the water, including his little sister who was not the least bit afraid even though she, like Eric, did not know how to swim.  Everyone, that is, except Eric. Nothing would entice him in. He sat on the hot concrete and steamed while Jessica got the swim lesson meant for him. Under his thick coating of sun block, he was green with envy. What would his jealousy lead him to do?
The Book of Time Outs: It was published by/Clarion Books/2008
ISBN# 978-1-4169-2829-4 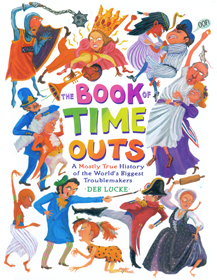