Agron Shehu Tells Why He Wrote His Sc-Fi Book, Human in SpaceTime…What a Shock 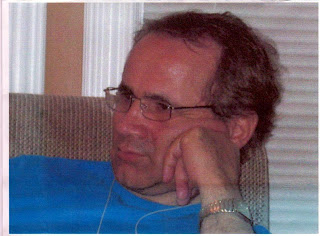 Agron Shehu, a Professional Petroleum Engineer lives with his family in . The author has lots of interests including astronomy, physics, math, history and social behavior. He enjoys playing the guitar and tennis. He has gained lots of life experience traveling around the world. The most recent passion is writing books.


It’s an Sci-Fi book. The book is about the human historical journey in the space-time from the dawn to the modern days seen by an alien (Quark) very sophisticated being, a human mind (Higgs, no instinct or whatsoever feelings in his being) and a primitive human (Ardi) as she evolves over time. During their journey in space-time they encounter the images of the most vital civilizations on planet earth from the dawn to the future and compare to that of civilized world of planet QUARK where alien Quark belongs, going from future to the past. The journey is a concurrent one in space-time from the dawn to future for planet earth and from the present to the dawn for planet QUARK. They scrutinize the human evolution and alien Quark draws conclusion why human all time is fighting to each other and suffering so much. Why the most vital civilization lost in history. What about human mind and human instincts?  Why human instincts were manipulated so much overtime and human decision making was based mostly on his instincts and still it’s the same nowadays?


Always I have been fascinating by the human being on earth. It’s a matter like the rest of the other matter on universe but so sophisticated, a matter with mind who changes the environment, who no other matter can do in the way that human does. In order to describe the human doings I think the best way is to use Sci-Fi genre.


I see that you have a published book, could you tell us more about it?


“Human in SpaceTime…What a Shock” is the first my published book. 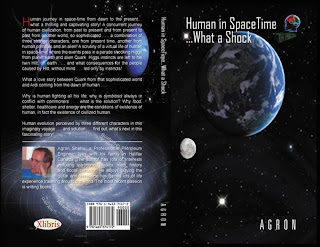 Human journey in space-time from dawn to the present…what a thrilling and captivating journey! A concurrent journey of human civilization, from past to present and from present to past for another world, so sophisticated . . . a combination of three strange characters, one from present time, another from human primates and an alien!  A scrutiny of a virtual life of human in space-time; where the events pass in a parade shocking Higgs from planet earth and alien Quark. Higgs instincts are left to his twin Hitt, on earth . . . and what consequences for the people on earth caused by Hitt, without mind . . . led only by instincts!


What a love story between Quark from that sophisticated world and Ardi coming from the dawn of human . . .


Why is human fighting all his life, why is symbiosis always in conflict with commoners . . . what is the solution? Why food, shelter, healthcare and energy are the conditions of existence of human, in fact the existence of civilized human.


Human evolution scrutinized by three different characters in this imaginary voyage . . . and solution . . . find out, what’s next in this fascinating story!


“Human in SpaceTime…What a Shock”

How do you come up with the names of places and characters in your books?


Usually the places are those historical on earth such as , , , …. and Moon, planet earth and planet QUARK. Mostly all these places are encountered in  “Dreamliner” (the spaceship) as images in spacetime. The characters are mostly three acting in the “Dreamliner” and some others who are met by the three characters over their journey in spacetime as images come by. Three of the main characters’ names Quark, Higgs and Gluon actually come from the elementary particles in physics. That because they look like so small compare to the Milky Way galaxy, but so important yet.


Higgs who is one of the most import character in the book in all actions represents only his mind not at all instincts exist in his being. He left his instincts and his body on planet earth without any mind as Hitt. Higgs is developed as only mind while Hitt as only instincts. You can reveal in the book what is happening with both of them as such. That’s the most interesting thing in the book.


Quark comes from sophisticated world QUARK, so he is quite different from human being. Actually he judges what’s happening on planet earth and why. Could that be different in a better way? He scrutinizes things and finds out why human in earth fights to each other. At the end he calls them military humanoid not yet a civilized society.


Ardi comes from the dawn of planet earth. Her body is covered with fur, but over journey to planet earth she is changed in a so beautiful woman with her proper mind and not brainwashed, so no instincts manipulated.


There are two antagonist developments in the book. ‘Symbiosis’ and ‘commoners’ which fight to each other and that’s one of the Quark findings why there are lost civilizations on planet earth and the other one is instincts and the mind of Higgs which couldn’t live together and separate to each other. Mind remains Higgs and instincts becomes Hitt. Hitt is a unique ‘bad guy’.


What’s your favorite thing about your book?


I think it’s is a very rare or it’s a unique way how to scrutinize the human character over time.


The duality Higgs and Hitt is an amazing symbiosis which I like so much.


That’s completely different. That’s why my book could be a unique one.


I am so frustrated why the human fights to each other. Human should be peaceful being. Human is so unique in universe. That’s why he couldn’t be a military humanoid but a civilized human being. That the message of this book. I think there is a way how the human should be a civilized being, which is mind education, not instinct manipulation. Through the mind education he can find the proper ‘energy’ and proper ‘healthcare’ in order to be a civilized human being.


I wanted to send this message to the reader.


I started to write this book about three years ago, but thinking about that was way before.


I am a petroleum engineer and I live doing this job. Writing is a kind of my hobby.


I want to see how this book is doing, so it’s impact and than I’ll schedule next step.


I have lots of projects in my head, but again it would depend on outcome of this book.


What kind of advice or tips to you have for someone who wants to write and get published?


If you have something to contribute in the life of humanity don’t hesitate write and tell the truth.


I think there are no tips for writing. If you think (not feel) to do so just do it, no hesitation, try it.


I work as petroleum engineer. The rest I play guitar, play tennis or skiing.


Waiting what’s going to happen with this book. But as I have already mentioned I am petroleum engineer, so I have ‘made it’ lots of things.


Note from Sylvia: You can visit my other blog at: http://love-faith-and-guts.blogspot.com/that features a preview to my new book, Traveling a Rocky Road with Love, Faith and Guts.
Posted by Thoughtful Reflections at 8:06 AM