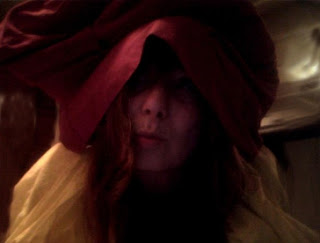 I am doing just what I would like to be doing to make a living—teaching, editing, and coaching writing, mostly Experimental Fiction, I live in a room in Berkeley, and run a magazine called Exclusive http://exclusive4.weebly.com/ and a resource site for people exploring Experimental Literature. http://experimentalwriting.weebly.com  I have two new books out—Lucid Membrane (Night Publishing) and the chapbook, The Cabinet of What You Don't See (ISMS Press) and have more books coming out before too long. I have lived a big ol life.
Tell us about the genre of your work.
Some of my stories are Absurdist, some New Wave Fabulist, New Weird, Surrealist, and other types, but they are all literary. It is playful, spiritual. Transgressive. Tending toward Paranormal Fiction.

What I write overall I call Lucid Fiction, a genre I instigated. I use that label for a range of things. Corporations and politicians control mainstream media, such as the news stations bought out, so they cannot report the truth of what those types of folks are doing. Thus, we live in this make-believe fiction about reality. Loosely, Lucid Fiction is any media of the paradigm of looking behind those controlling illusions. It is the fiction of our life itself become more lucid. More empowered. Taking advantage of the whole self, seeing the whole picture.
As an Experimental Literary Genre, it is the fiction of the new paradigm, as that lucidification occurs. And it can help it along in many directions, such as taking the reader into a widened range of the self, not just the usual beta brain-wave all the time, but also some subconscious, some Higher Self, some self from totally other perspectives. In addition, new forms open up new vistas in ways people imprint on what society is. Is it something we can be controlled by totally? Alternatively, can we find little windows out of the commercial world and   jump on a boat made out of a leaf and float downstream on it into something else? 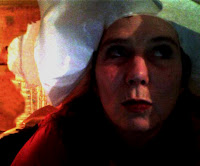 At the most strict, it would have one or more of these qualities: It questions the traditional plot art. It expands the idea of what can be a character, or even what a person is. It addresses topics that are usually taboo in literary fiction. For example, if we write about a conspiracy, we do not necessarily put it in terms of formulaic Sci Fi, but treat it as being as real as anything else in the story. In general, Lucid Fiction stretches itself to explore spiritual concepts. I like to engage the whole self, and it can at times be divided up as I do in my collections, in which some stories are surreal subconscious, others are transcendent Higher Self things with circular structures that take us into meditation, others are conscious mind linear narratives.
Why did you choose this genre?
Choosing it doesn't mean that I want to put down other genres. This is more of a manifestival than saying one is better than the other. And obviously, the other genres are the ones that sell spectacularly, and people really enjoy them, for good reason. Nevertheless, I guess we often pick our genres because they are the best way for us to express how we see the world.
The traditional requirements for plot seem limited and overused to me, and I feel the necessity for dualistic conflict perpetuates a mindset that needs more adrenalin, more fighting, more stimulants. I do not say plot like that should not happen, but I like to see more variety in choices. Instead of reading a book that throws off my blood sugar and blood pressure, hormones, and ability to go to sleep, I'd sometimes rather read a book that prepares me for great meditation, creativity, hypnogagia (those images that occur on the edge of sleep). Maybe even hypnagogia that tells me things.
Parasympathetic nervous system and sympathetic nervous system dominance seems good to me as a general fare, which wouldn't be possible for me if I read or watched continual High Concept stuff, gearing up for fighting. Fighting can be good. Going into it with balance is best. The sympathetic nervous system treats things as separate entities, as points. The parasympathetic nervous system treats things as a continuum of Wave.
I spend a lot of time doing practices that help me see beyond the limitations of ordinary consciousness and a traditional portrayal of a human being. Therefore, I like writing about characters or narrators that include what is going on from other perspectives. For example, I wrote one story in which many characters are watching from their afterlife, so their energy is in the room, projected from the future. I see that as realism, and treat it as such, which is normally done in other genres rather than literary.
I also do not want to be limited in subject matter. This newest book goes into shadow government and secret military mind control, non-lethal weapons, abductions, association with aliens, for example. Lucid Membrane plays transgressively with some religious props. The paranormal fiction collection has reptilian hosts as some of the characters, and the main character is a miracle worker.
ISBN: 466210079 for Lucid Membrane. http://www.amazon.com/Lucid-Membrane-version-Tantra-Bensko/dp/1466210079 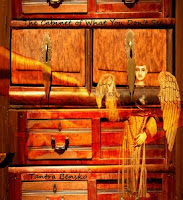 Cabinet, the newest one, is a pretty creepy book, which I put together with dark ISMs Press in mind. The publisher is wonderful, and I was thrilled to work with her closely on this. I felt like if it was going to be predominantly frightening yet experimental, Expressionistic, http://www.kissthewitch.co.uk/seinundwerden/sein.html such as the publisher, Rachel Kendall  puts out….then it should be about a worthy topic that could be discussed seriously, something real enough that it is truly scary.  The kind of thing that scares many people awake for a reason in real life. But what is real life, when it comes to screen memories? I played with the theme in the main story to make it deliciously surreal. The fact that this book deals in parts with some serious social issues makes it seems fitting to have more conflict than my more spiritual stories.
The Cabinet of What You Don't See can be found at http://ismspress.wordpress.com/tantra-bensko/
What are some of your books, stories that have been published?
I have had 180 story and poem publications in magazines.  I have been putting up announcements of new publications lately at my blog at Experimental Writing, along with announcements of new things I put up in Exclusive Magazine. http://experimentalwriting.weebly.com/blog.html
10 Pages Press published an e-chapbook of poetry called Liminal. http://tenpagespress.wordpress.com/2011/03/29/liminal-by-tantra-bensko  Otherwise, my books have been in print. I had quite a few non-fiction books published small press 20 years ago which sold in stores around the country, and I self-published Tantric Metaportals.
Tantric Metaportals is 100 large pages of full color, intense art I made, which can be stared at like a mandala or yantra, as part of doing Tantra Yoga. http://tantrabensko.webs.com/metaportalsbooks.htm It's a poetically revealed instruction book and you do the exercises as you read the book, real time, staring at the images. I put it out in conjunction with a DVD instructional set called Tantric Lucidity. 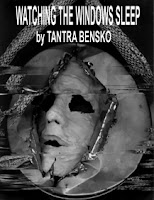 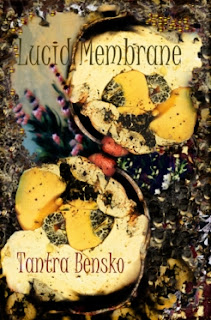 Lucid Membrane is my big fiction book, which can be bought through Night Publishing's website. There are a lot of rollicking fun stories, some of them about young, frisky alternative body artists. Some of the characters are naïve young southern women figuring out entertainingly inventive ways to survive. In one story, a man ends up speaking with his mouth in his stomach, as he has swallowed it. In another, characters from a woman's hypnotic regression show up at a party she attends. http://lucidmembrane.weebly.com/
The book contains three stories inside, which are created out of the other stories. The book also is a secret portal to the rest of the book online, as it is transmedia. Readers can participate in that part if they chose to.
The Cabinet of What You Don't See was handmade in the UK by Rachel Kendall, making it a true work of art.
How do you come up with the names of places and characters in your books?
Your question brings to mind the lists I made when I was young of names. I was fond of them, and wanted to do something with them. When I first started the list, I believe I was thinking of names for children. But there got to be too many names for a brood. I was not even sure I wanted to have kids. It was just the names, and what they conjured up to me that I wanted. Therefore, I decided they would have to be characters in my fiction. I have probably used that vaguely remembered list. 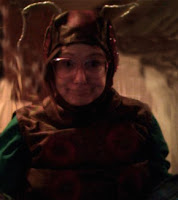 Love what youare doing and hope you enjoy my tales of elegant mania as well. Cheers, Layden http://wp.me/p1wuvx-13u