Exploring the Many Works of Author/Playwright, Lucy Daniel Raby

Getting to know the author and her work. 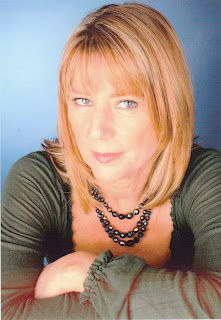 I have been writing ever since I could hold a pen, which was about the age of five. My first story was about a pair of magic knitting needles which went crazy – a bit like the Sorcerer’s Apprentice, which no doubt may have influenced me. ( have since re written it from memory as a short story entitled Clacketty Clack, which I may well publish on Smashwords.) I wrote my first play at 7 or 8 – it was a nativity play, all told from the POV of the donkey, in heroic rhyming couplets. It was performed for many years by my old nursery school and even got a review in the Croydon Advertiser! It is interesting that my most successful book has also been a Christmas story. As a child I was a bit of a dreamer and spent a lot of time sitting in my treehouse imagining I was Robin Hood, or when I was in my wigwam, Pocohontas. I was always top at English and rubbish at Math. I loved Enid Blyton, CS Lewis and my favourite book was the Hobbit. I started reading sci fi and horror such as Edgar Allen Poe, HG Wells and Jules Verne at about 10. I am really a 10 year old tomboy at heart. After school and university I decided I would earn my living as a writer and always have done, with varying degrees of success. I spent many years working in newspapers, advertising and PR, writing ads and jingles for the likes of McDonalds and Hoover, plus my own stuff on the side, and broke into kids TV in the late 80’s, by writing a sample script on spec, working on various kids shows and then animation. I have learnt on the job and have over 20 years experience writing for kids and have worked for Hit, Henson, Disney, ITV and BBC on shows like Angelina Ballerina, the Hoobs, Shaun the Sheep, Magic Key Adventures, Animal Stories,  and  my own live action comedy drama show for CBBC, Big Kids. I wrote a few little books, such as the Animal Stories spinoffs and Lily the Lost Puppy for Working Partners. My first proper book came out in 2005, Nickolai of the North, followed by Nickolai’s Quest, published by Hodder, about the childhood of Santa Claus, after a long development history via CITV and the UKFilm Council. It started as a half hour animation, then a film and I turned it into a book. I have written a stage musical version which has been performed and is to be performed again this Christmas.  I have also just re-optioned the film rights. I recently published two sci fi fantasy fiction titles, Goddess in Pyjamas and a free short story prequel, Skye’s Secret Mission, on Smashwords. The first title is the first in a trilogy, all about a schoolgirl’s adventures in space, on another planet, where she is the re-incarnation of their male god, and has to save their world.
Tell us about the genre of your work.
I would say I write in the area of fantasy/adventure. Sometimes it goes into sci fi, sometimes historical. With the Goddess book is I am trying to re-invent the genre as ‘pink sci fi’ as I think girls should have their own version of sci fi. It has the unusual twist of a girl hero in a boy genre, but I think it’s time girls got a look in and had their own adventures in space. As I loved this genre as a child, I would have liked to see more proactive female heroes. With my new historical idea, I am again bringing in a feminist slant and it deals with a girl who is born before her time and examines the role of females in our society.
Why did you choose this genre?
I prefer writing in another world other than the one we know. I like to invent new worlds. I want to escape and I guess that’s why I like working in fantasy as a genre – it provides escapism.  I like writing for kids as it suits my wild imagination and I grew up on adventure stories. My ideas always seem to come out kid shaped! I have considered writing for adults but nothing seems to come out. I also like playing with gender theory and I think this is important for young readers.
What are some of your books, stories that have been published?
Camilla the Camel and Sammy the Hippo, from Animal Stories, for preschool, Lily the Lost Puppy, Macmillan/Working Partners, for 5- 8, the Nickolai books for 8 – 12 and the Goddess in Pyjamas for 9 – 13.
What ages do you direct your books?
I think I am most comfortable writing for the 8-12 age group, as this is where adventure and fantasy is most important. And you can be more exploratory and surreal than younger or older age groups. Your characters go outside the home sphere and often away from parents.  Teen fiction can be supernatural, but it’s not so innocent. I like that innocence and sense of wonder. I have written a lot of preschool for TV because that is where the work is. Simplicity and depth are hard to achieve and pre school is not as easy as it looks.  But then neither is writing!
Can you tell us more about your work?
Goddess in Pyjamas - Paul Hurst /Smashwords - 2011 - don't know the ISBN, can find out from Paul. Most recent publication. Sci fi fantasy for 9+ readers about a schoolgirl’s adventures on another planet. Hitchikers Guide meets Wizard of Oz.
Skye's Secret Mission - (6000 words approx) Paul Hurst/Smashwords - 2011, ISBN as above.

Prequel short story taster about the boy hero from the other planet who goes to rescue her from a predatory UFO and why, setting up the whole story.
Nickolai of the North  Hodder Children's Books, 2005 - ISBN 0-340-90300-7

A magical fantasy set at the North Pole, about the childhood of Santa Claus,  and why he carries out his mission every year. Now available from Tinkerbell books, (lucydanielraby@o2.co.uk) and soon to be re-editioned as an ebook with Smashwords October 2011.
Nickolai's Quest - Hodder Children's Books 2007  - ISBN - 978-0-340-90302-5

Nickolai of the North play script  - Jasper publishing, 2010,  ISBN 978 1 906997 74 8
Stage musical version with 17 songs, sheet music available for 7.
Do your books have a teaching objective?  If so, what is it?
Yes there is always a life skill lesson in every story I write. And of course that all-important character arc. Every story for any age is a life skill lesson and helps us to live our lives, but kids lit is about helping kids find their place in the world. When writing TV scripts, the producers always have learning objectives to fulfill. But I don’t like to ram the moral message down the kids’ throats – it has to be done in an entertaining way. Because I write fantasy, there is always a lot of background research to be done, which I love. It’s like going on adventure. This includes, astronomy, geology, geography, zoology, history and every subject in the curriculum. Research feeds the imagination and my website (http://www.lucydanielraby.co.uk/) is very content rich with background research and working methods such as charts, maps and plots and plans. I also teach story workshops in schools and show kids my working methods and background research.
How do you come up with the names of places and characters in your books?

Just a tiny correction - when I said left hand side of the brain I meant right hand side!